Tony Kanaan will carry a familiar livery in Saturday night’s Genesys 300 at Texas Motor Speedway. Earlier today, Kanaan announced that the familiar red, white and green colors of national convenience store chain 7-Eleven will adorn his No. 14 7-ELEVEN / AJ FOYT RACING Chevrolet on Saturday for the Genesys 300. NBC will carry the race live at 8 p.m. ET.

🇺🇸 I've been waiting for a long time to post this... @7eleven will be back sponsoring my @AJFoytRacing No. 14 this Saturday at @TXMotorSpeedway! I can't wait to get it going again on Saturday night for @indycar's season opener.#TKLastLap #INDYCAR #7eleven pic.twitter.com/Kh9LluIUDk

Some of the Kanaan’s most memorable moments in his INDYCAR racing career came in the 7-Eleven colors. Here’s a look at Kanaan’s top five 7-Eleven INDYCAR moments. 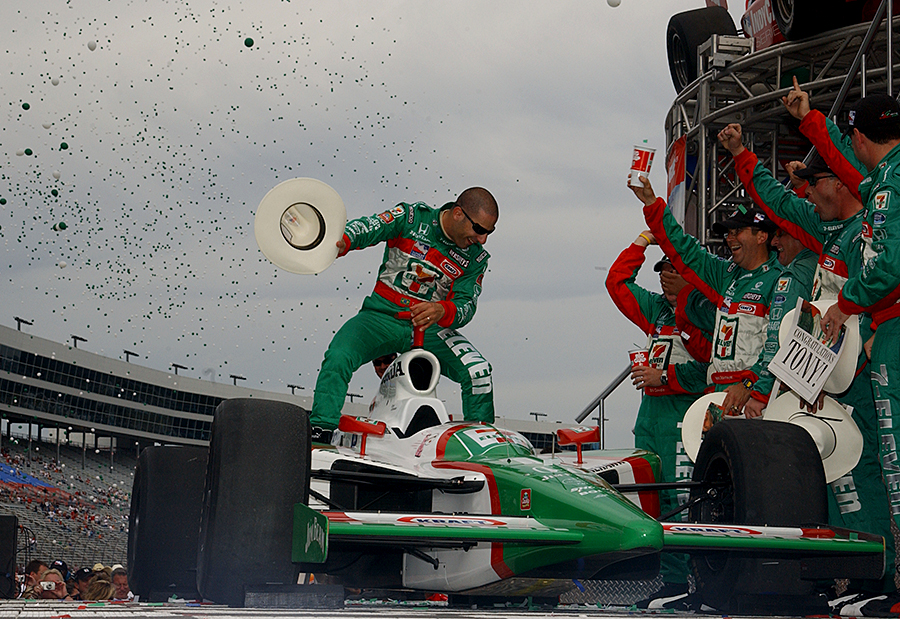 After winning the June race at Texas Motor Speedway, Kanaan clinched the 2004 NTT INDYCAR SERIES title with a second-place finish in the Chevy 500 at TMS. Kanaan became the first driver in the history of the sport to complete every lap of every race, then celebrated the championship in style. 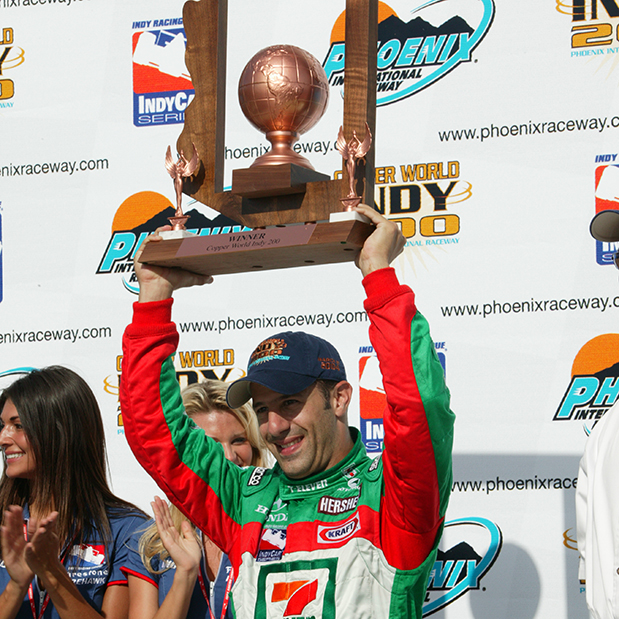 Kanaan moved to the NTT INDYCAR Series from CART with Andretti Green Racing and was announced as the driver of the No. 11 Team 7-Eleven Honda alongside his team’s co-owner Michael Andretti, who was set to drive the No.  7 car with the same sponsor. Kanaan started the partnership off strongly scoring pole position at the Homestead season opener and a win for pole in the next race at Phoenix – his second Indy car win and first since 1999. 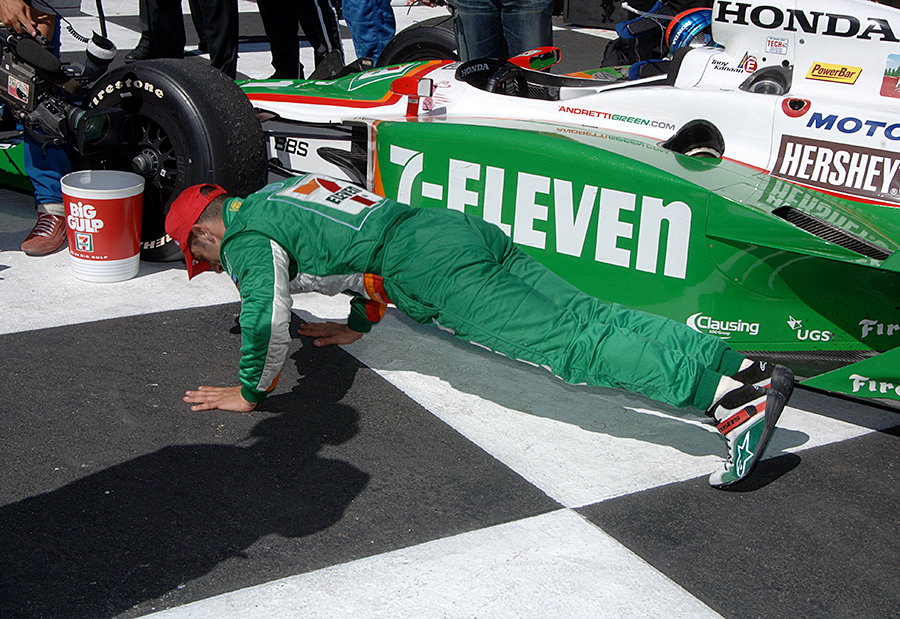 Kanaan was well into what would become a record streak for consecutive starts when he claimed a win at Sonoma Raceway. He felt so good after the road course race, which was thought to be physically demanding for drivers competing in an oval-based series, that he did 11 pushups in Wine Country Winner’s Circle. 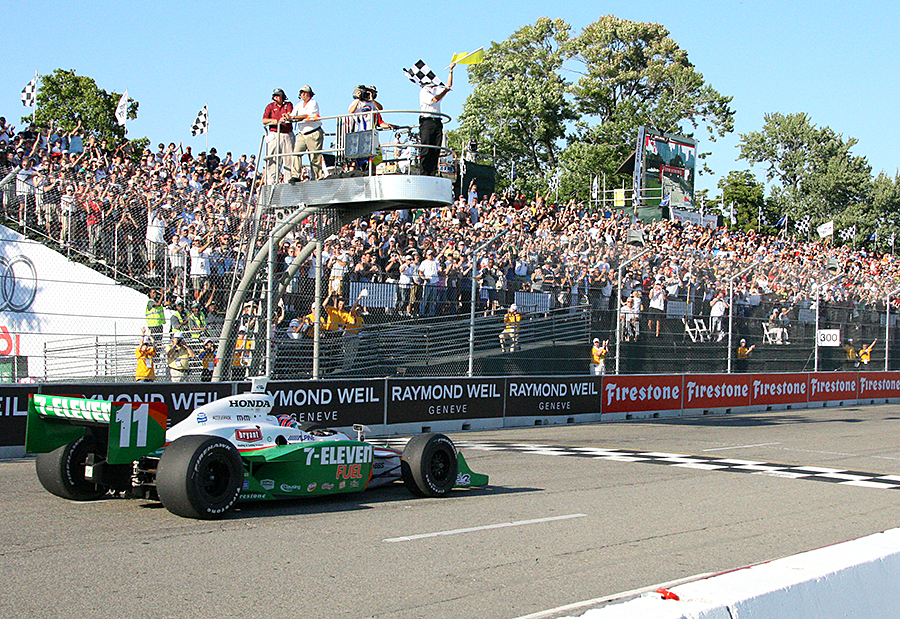 Kanaan had his best season in terms of wins 2007, claiming a career-best five wins for Team 7-Eleven. The Brazilian claimed wins at Twin Ring Motegi, The Milwaukee Mile, Michigan Speedway, Kentucky Speedway and the Raceway at Belle Isle Park. But despite leading the series in wins, Kanaan finished third in the championship. 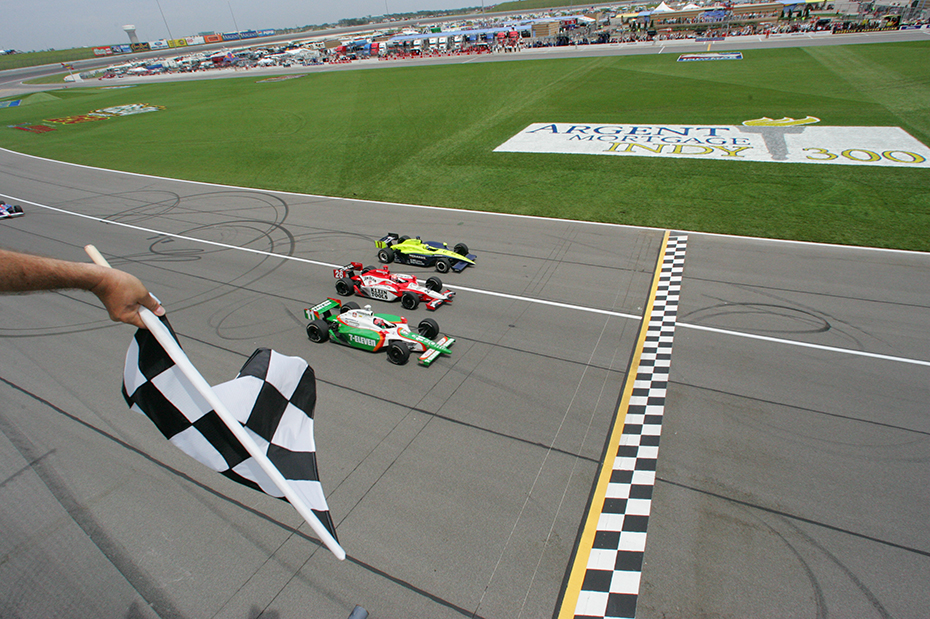 Kanaan won the pole for the Indianapolis 500 in 2005, but his highlight may have been winning at Kansas Speedway by a fraction of a second. Kanaan held off teammate Dan Wheldon by just twelve-thousandths of a second for the win. Using the faster outside line, Kanaan was able to edge past Wheldon with two laps to and hold on for his fifth career win.