ALL 17 RACES TO BE TELEVISED LIVE EXCLUSIVELY ACROSS NBC SPORTS

NBC Sports and INDYCAR have announced the full 2021 NTT INDYCAR SERIES telecast schedule, featuring a record nine races on broadcast network NBC, including the 105th Indianapolis 500 presented by Gainbridge on Sunday, May 30 at Indianapolis Motor Speedway.

Six of the first eight races of the season will air on NBC, including the season-opening Honda Indy Grand Prix of Alabama presented by AmFirst on Sunday, April 18 at Barber Motorsports Park.

The 17-race season, which will be exclusively presented across NBC Sports, also features the inaugural Music City Grand Prix in Nashville, Tennessee, on Sunday, Aug. 8 on NBCSN.

Highlights of NBC Sports’ 2021 INDYCAR schedule include (all times Eastern): 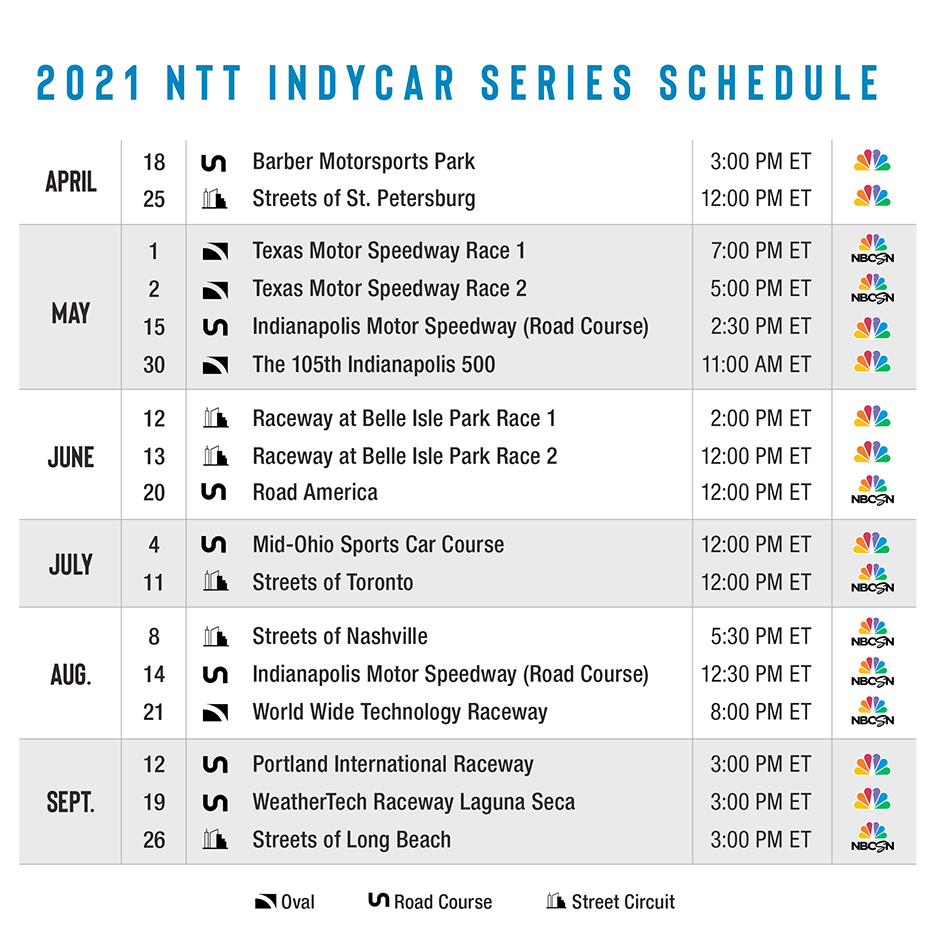