In case anyone needed reminding, the pursuit of the NTT INDYCAR SERIES championship starts and ends with knocking aside six-time and defending champion Scott Dixon.

Dixon symbolically reminded his rivals Friday by bringing his six championship rings to INDYCAR’s Content Day at an Indianapolis hotel. Mind you, Dixon was asked to bring the rings as a prop for photographs, but it had the same effect as if the inspiration had come from within.

Dixon has won two of the past three season titles, and his stated No. 1 goal isn’t necessarily to win a seventh series championship. It’s to repeat as champion for the first time in his career.

Dixon said – and knows – that winning again won’t be easy as the field continues to get stronger, with Team Penske and his Chip Ganassi Racing adding full-season cars.

“The competitiveness of the field is insane,” Dixon said.

The talk of this week’s two-day media event was about the depth of the field, which includes former series champions Dixon, Sebastien Bourdais, Ryan Hunter-Reay, Josef Newgarden, Simon Pagenaud and Will Power, and Tony Kanaan in an ovals-only ride. Alexander Rossi, Colton Herta, Pato O’Ward, Graham Rahal, Takuma Sato, Felix Rosenqvist and more also figure to be in the hunt as the 17-race develops. 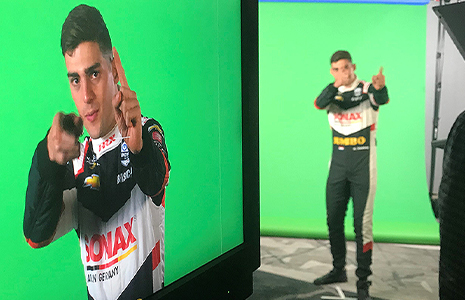 Sixteen of the 30 drivers participating in Content Day have won INDYCAR races in their career. Juan Pablo Montoya, who did not attend but will compete in the Indianapolis 500 presented by Gainbridge, adds to the impressive list.

James Hinchcliffe was among those insisting the talent is as deep as it has ever been, and he acknowledged it has been a refrain over the past several years.

“It’s starts to sound like a line, but it’s true,” Hinchcliffe said. “(The newcomers) all have come from different disciplines … and that speaks volumes.

“It’s become a real drivers’ championship and the biggest endorsement we can get.”

Among the other tidbits from Day 2 of Content Day: