Editor’s Note: This is the second day of a four-day series of 2021 NTT INDYCAR SERIES team previews. Today’s rollout will feature Carlin at 10 a.m. (ET) and Andretti Autosport at 2 p.m. Visit INDYCAR.com often today through Thursday to get the lowdown on every team and driver! Click here for Monday’s previews. 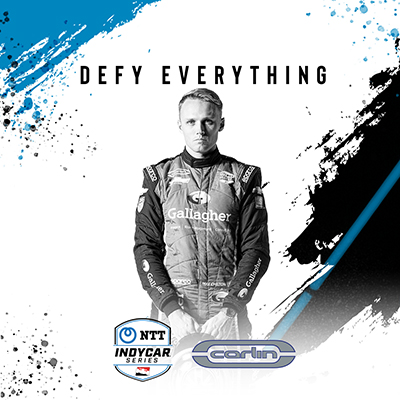 2020 Lookback: Carlin entered the No. 59 Chevrolet the entire season, splitting the car between Chilton on the road and street courses and in the Indianapolis 500 and Conor Daly on the ovals. Chilton’s focus on road and street courses proved beneficial. Year over year, Chilton improved his average start from 18th to 17th and his average finish from 16th to 15th. Not to mention, he completed every lap of competition for the first time in his NTT INDYCAR SERIES career. Daly showed impressive speed on the ovals, scoring his and the team’s first NTT P1 Award at Iowa-1 and scoring four top-10 finishes in five starts.

What’s New for 2021: The organization will remain largely the same year-over-year as Chilton continues to focus on where he’s best: the road and street courses and the Indy 500. The team has not yet announced who will drive the No. 59 at Texas Motor Speedway and at World Wide Technology Raceway.

Keep An Eye On This: Over the last two seasons, Carlin and Chilton have shown small improvements, and race fans can expect that to continue in 2021 as Chilton inches toward being a top-10 finisher. In 2019, the Brit chose to focus where he excels best: the road and street courses, but the organization continued to field two cars as it entered Charlie Kimball in seven races. In 2020, the team altered its focus to just one car, and the statistics show that was the right call as Chilton had his best season since 2018.

Season Outlook: Carlin ended the 2020 season at its best with Chilton scoring three top-15 finishes in the final four races, including 11th at the INDYCAR Harvest GP Race 1 and 12th in the season finale at St. Petersburg. Based on the team’s progression, it’s possible for Chilton to battle for a top 10 at the first two races of the season, at Barber Motorsports Park and in St. Petersburg.

Defying Focus: Chilton has entered the next phase of his focus on the NTT INDYCAR SERIES. After recognizing his talent on the road and street courses and spending time honing his craft there, Chilton, 29, has started seeing a sports psychologist and spending additional time in racing simulators.