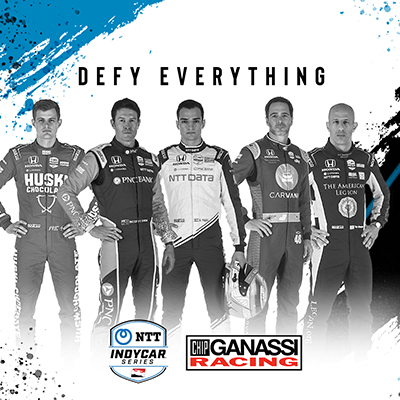 2020 Lookback: The pandemic-impacted 2020 NTT INDYCAR SERIES season proved to be one of the best ever for Chip Ganassi Racing. Dixon grabbed his sixth INDYCAR SERIES title and CGR’s 13th, and scored four wins, the most he’s won in a season since 2013. Dixon started the season with a bang by winning the first three races, and Felix Rosenqvist bolstered the organization’s impressive start to the year by grabbing the fourth race of the season at Road America-2 for his first career win. While Ericsson didn’t visit Victory Lane in his first season with the organization, he finished a career-best 12th in the points standings, just behind Rosenqvist, and recorded nine top-10 finishes in 14 races.

What’s New for 2021: There’s a lot new at Chip Ganassi Racing. The presence of seven-time NASCAR Cup Series champion Johnson is the most high-profile addition. Meanwhile, Kanaan returns to CGR for the first time since 2017 to split the No. 48 with Johnson, and CGR added Palou to the driver lineup for his second season in the NTT INDYCAR SERIES.

Keep An Eye On This: Chip likes winners, and many within the industry suspect Palou could be the next first-time winner in the NTT INDYCAR SERIES. The Spaniard scored three top-10 finishes and posted the fastest single-lap speed in Indianapolis 500 qualifying last season for Dale Coyne Racing with Team Goh. Ganassi clearly saw something in the 24-year-old, and we’ve already seen a glimmer of his potential. Palou got off to a great start in the virtual world, winning the first race in Season 2 of the INDYCAR iRacing Challenge, as well in the real world by showing solid speed in preseason testing.

Season Outlook: Don’t be surprised if CGR picks up where it left off in 2021, as each of its drivers present a strong case for finding Victory Circle. Dixon, who is quite possibly at his best at age 40, is looking to add to his already legendary resume, while Ericsson’s consistency is inching him closer and closer to his first career win. Palou looks to build off his bright moments from 2020, which include a podium at Road America-1. Meanwhile, Johnson brings his generational talent and zeal for this new challenge to the road and street courses, and 2004 INDYCAR SERIES champion and 2013 Indianapolis 500 presented by Gainbridge winner Kanaan looks to become the 21st multi-time “500” winner.

Defying Age: Dixon will go down as one of the greatest INDYCAR athletes of all time. Currently sitting at 50 wins and six championships, the Kiwi is poised to take control of second on the all-time INDYCAR wins list this year, when he turns 41 in July. He is third behind Mario Andretti (52) and A.J. Foyt (67). He also looks to tie Foyt for the all-time INDYCAR record of seven championships. 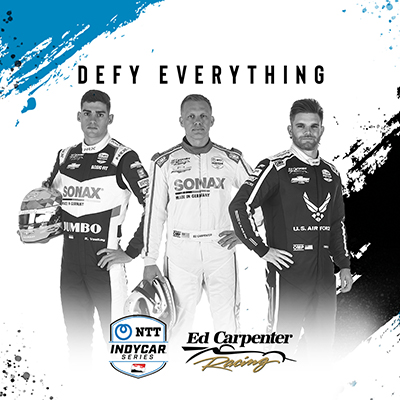 2020 Lookback: Teenager Rinus VeeKay rose from the Indy Lights ranks to lead the team in his rookie season, scoring one pole and five top-10 finishes on his way to winning NTT INDYCAR SERIES Rookie of the Year honors. VeeKay also continued ECR’s commitment to speed at the Indianapolis Motor Speedway by qualifying as the fastest Chevrolet driver and the fastest rookie, scoring the best Indy 500 start by a teenager in race history. Meanwhile, team owner Carpenter opened the season in the No. 20 with a fifth-place finish at Texas Motor Speedway, and Daly completed one of the most consistent seasons of his career.

What’s New for 2021: Nothing! Well, maybe not nothing. But for the first time since ECR expanded to a multi-car team in 2015, the team will bring back the same driver lineup from the previous season as Carpenter, Daly and VeeKay all return in their respective roles.

Keep An Eye On This: Daly has been adamant that continuity is important for his on-track performance, and his and the U.S. Air Force’s return to ECR this season marks the first time in his NTT INDYCAR SERIES career that he will return to the same team in consecutive seasons. That could mean that Daly is due for his best season to date and maybe even his first career win.

Season Outlook: Ed Carpenter Racing looks poised to grab its first NTT INDYCAR SERIES win since Josef Newgarden took the team to Victory Circle in 2016 at Iowa Speedway. VeeKay is undeniably fast and fearless, and now with a year of NTT INDYCAR SERIES experience added to his resume alongside his 2018 Indy Pro 2000 championship, he is sure to improve upon his career-best finish of third on the Indianapolis Motor Speedway road course. The teenager proved last season the speed is still with the Chevrolet team, meaning Carpenter himself is a likely contender on the four oval races as he vies for his first series win since 2014, as well as for his fourth Indianapolis 500 pole in the last 10 years. Daly’s return to ECR puts him in prime position to better his career-best finish of second at Belle Isle-1 in 2016.

Defying Danger: VeeKay, 20, is fearless, putting it best by saying, “I don’t see danger.” Need proof? Look back to his epic three-wide pass over Alexander Rossi and Simon Pagenaud on the outside at World Wide Technology Raceway. Or when he ripped through the Carousel at Road America on the outside to pass Pagenaud. Or when he was locked in an incredible duel with Colton Herta during the INDYCAR Harvest GP Race 1. Sensing a trend? VeeKay isn’t afraid to make bold moves on the track, so keep your eyes on him this season.