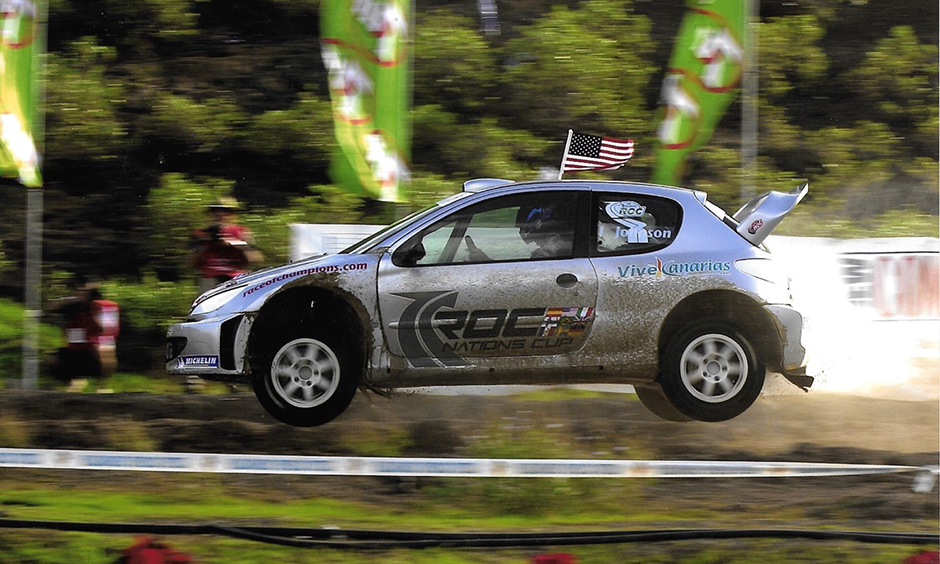 Jimmie Johnson will represent the NTT INDYCAR SERIES in the Race of Champions (ROC) Snow + Ice World Final on Feb. 4-6, 2022 in Pite Havsbad, Sweden, as he tries to win the global racing all-star event for a second time.

Johnson will compete in the annual event for the first time since 2007 as he prepares for his second NTT INDYCAR SERIES season driving the No. 48 Carvana Honda for Chip Ganassi Racing. He will race for individual “Champion of Champion” honors and team with American Rally Association champion and extreme sports legend Travis Pastrana for the United States in the Nations Cup portion of the two-day competition.

“Gran Canaria was dirt, and I don't think the other guys knew how much dirt racing Jeff and I had in our backgrounds,” Johnson said. “I don't think many expected me to run well or even knew who I was, for that matter. To win the ROC Nations Cup was something really unique, the only event where I represented my country. I've been able to accomplish a lot in my career, but that's the only experience I've had like that.

“I’m really looking forward to returning to ROC and competing with Travis. He’s a tremendous talent and we have such fun competing together. Hopefully we can go have some fun and success on the snow and ice.”

Drivers from varied disciplines of motorsport will face off in intense head-to-head heats until the last individual driver is crowned the "Champion of Champions" and the last of the two-driver teams lays claim to the ROC Nations Cup.

As part of the ROC's most recent innovations, equipment featured at the 2022 event in Sweden will be powered by electric and 100 percent fossil-free biofuel engines. Cars announced to date include the 1,000-horsepower FC1-X Supercar that accelerates from 0-60 mph in less than 1.5 seconds; the FIA RX2, an electric rallycross car generating 335 horsepower and up to 510 Nm torque; and the new Porsche 718 Cayman GT4 Clubsport. The RX2e accelerates from 0-60 mph in less than 3.3 seconds, while the GT4 makes 425 horsepower from fossil-free biofuel. The SuperCar Lites will return to ROC, but this time powered by biofuel.

A unique winner-takes-all format that gives competitors the opportunity to test their talents against competitors they would never typically encounter, ROC has been engineering novel racing formats for more than three decades, drawing many of the most successful racers from every form of global motorsports. The event has been a contest for INDYCAR SERIES champions Ryan Hunter-Reay and Josef Newgarden, Indianapolis 500 winners Helio Castroneves and Juan Pablo Montoya, global legends Michael Schumacher, Kristensen, Sebastian Vettel, Loeb, Petter Solberg, Ekström, Colin McRae, David Coulthard, Marcus Grönholm and Jenson Button, and other international stars like NASCAR champions Johnson, Gordon, and Kurt and Kyle Busch.