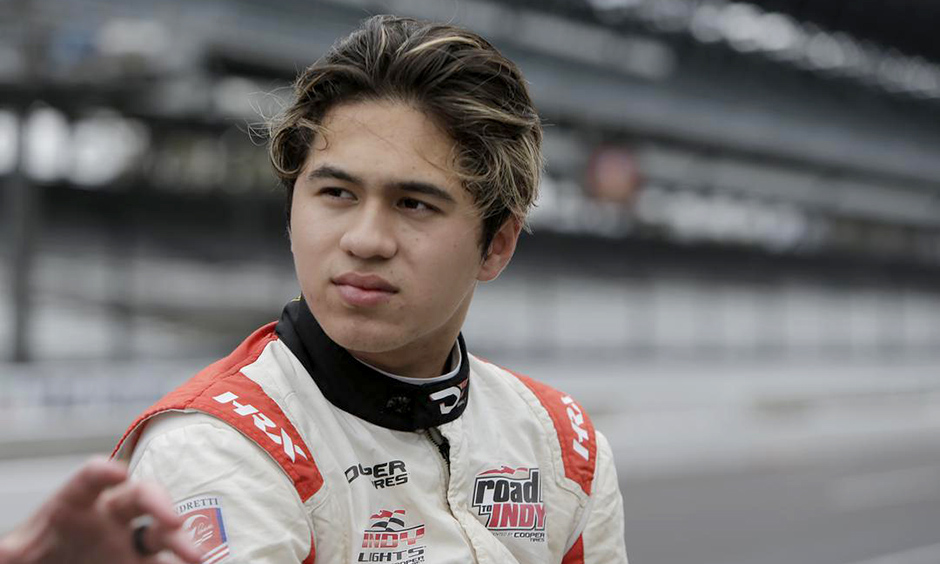 Danial Frost may be preparing to enter his seventh year driving race cars, but he feels like an entirely different person as he gears up for his second Indy Lights season, this time with HMD Motorsports.

The team announced Wednesday that Frost will drive the No. 79 Den-Jet Dallara, its first driver announcement for 2022. Frost is coming to HMD Motorsports after competing in Indy Lights for Andretti Autosport in 2021.

As an Indy Lights rookie, Frost racked up four podium finishes and three poles. He finished fifth in the championship, building him as one of the strongest returning drivers in a competitive 2022 Indy Lights season.

Frost and HMD Motorsports already are working together this offseason, taking part in multiple tests, including the Chris Griffis Memorial Open Test in October on the Indianapolis Motor Speedway road course. Frost posted the seventh-quickest time of the weekend.

With a year of Indy Lights experience under his belt, and since he’s pairing with the organization that won the Team Championship in Indy Lights in 2021, Frost expects to be a championship contender in 2022.

“I’d definitely say that I’ll be in the championship hunt for next year,” he said. “Just because I have that year of experience, and I learned so much from my teammates that’s given me that extra boost to understand the car.”

But it’s about more than just added experience for Frost, a Singapore native. While still only 20 years old, Frost understands he’s still growing and learning as a person and as a race driver.

Frost said he matured significantly over the 2021 season, and he believes it has evolved him into an entirely different person even compared to just one year ago.

“Just that one year changed me so much, and I can only imagine what it’s going to do for another six months. I’m quite old now,” he said. “Over this year, I’ve understood how to use the race car better, and I understand the mechanical side of it, which I think played a very big part in knowing what to expect before I get in the car.

“Over the whole year, that’s where I’ve improved most. I’ve improved in my knowledge, too. It’s definitely expanded since my experience has not been that long.”

Frost has only been racing competitively since 2016. He got his start racing single-seaters in Asia. He grasped it all very quickly, and in 2017 he finished third in the Formula Masters China series with one win at Zhuhai International Circuit.

He admits that experience-wise, he feels a little behind some of his competitors, who have been racing since a very young age. But to compensate, Frost has spent ample time with his HMD Motorsports team, trying to get to know new crew members and understand how this team differs from his past teams.

He’s also taking strides to continue improving himself physically and mentally over this offseason to compliment what is already a strong driving talent. Frost said he’s spending the winter months working on developing his coordination, which will lead to better reaction times and an overall better understanding of what’s happening in the cockpit.

“I need to be able to understand what I need to do better when I’m in the car while I’m driving, subconsciously,” he said. “I’m working on making the whole playing field slowed down so it feels like instead of going 200, it feels like I’m going 100.

“I’d say that is going to be a very important place for me to be. Be more in control of the car and of your whole situation, which I think will be the most important for 2022.”

In addition to his third-place championship run in Formula Masters China in 2017, Frost also finished third in the 2020 Indy Pro 2000 championship and has three wins in the series. In 2019, he won at Lucas Oil Raceway and Toronto-1, and in 2020 he won the season opener at Road America.

Meanwhile, HMD has been on the cusp of an Indy Lights championship. The team placed three drivers in the top five in 2021: David Malukas scored seven wins and finished second in the car Frost is driving in 2022, while Linus Lundqvist was third in the championship and Benjamin Pedersen was fourth.

All told, he believes this is a team-and-driver combination that will yield big results in 2022 for the new and improved version of Danial Frost.

“We have won races before, and we’ve been up front, so we’ve been in that situation,” he said. “I know how much you have to push and what pressure it gives you when it comes to that situation. At that point, if we do lead the championship, we’re going to have to be as calm and mentally prepared as possible.”