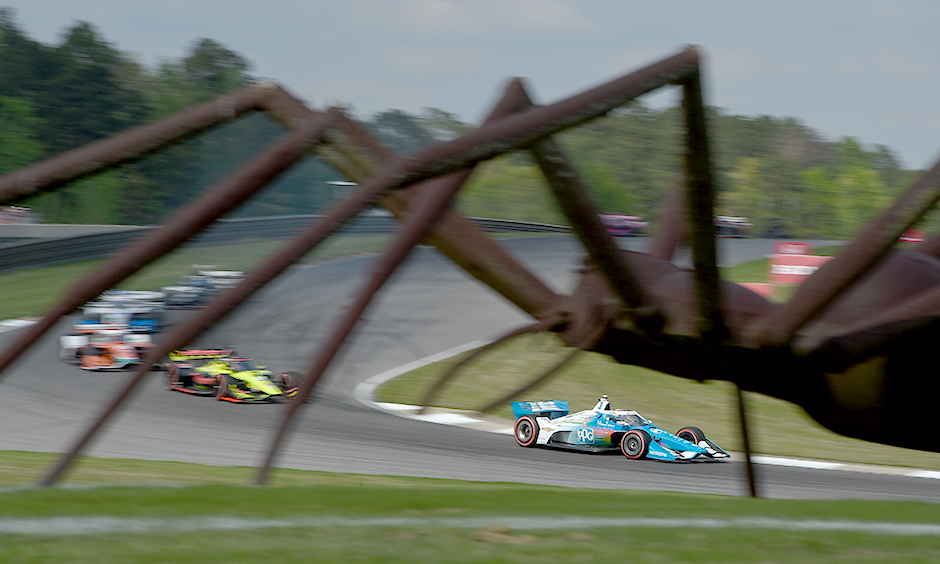 The NTT INDYCAR SERIES begins its May bonanza with this weekend’s Honda Grand Prix of Alabama presented by AmFirst, a 90-lap race held Sunday at 1 p.m. (ET) on the 17-turn, 2.3-mile permanent road course at Barber Motorsports Park in Birmingham, Alabama.

This will be the series’ fourth race of the season, and it is where Chip Ganassi Racing’s Alex Palou began his championship run a year ago with his first series victory in what was then the season-opening race.

This track has been much to Team Penske’s liking, with six wins in 11 races, including five by current drivers Josef Newgarden (three wins) and Will Power (two). Power also has won the NTT P1 Award a series-leading four times at the track.

Six drivers in this field have been victorious at Barber, led by Helio Castroneves, who won the inaugural race in 2010. Simon Pagenaud, Takuma Sato and Palou are the other former winners.

Six drivers are former pole winners at Barber, with Power, Pagenaud, Newgarden and Sato also winning the race in the same year.

Here are five things to watch:

All eyes will be on Josef Newgarden (No. 2 PPG Team Penske Chevrolet) as he pursues the final leg of the $1 million PeopleReady Force for Good Challenge.

The PeopleReady prize is offered for the first time this season, rewarding the first driver to win on all three types of circuits – road courses, street circuits and oval tracks – in 2022. If earned, the $1 million will be shared with $500,000 going to the team/driver and $500,000 donated to their chosen charity.

Newgarden is the leading candidate, two-thirds of the way to the requirement. He won the XPEL 375 oval race March 20 at Texas Motor Speedway and the Acura Grand Prix of Long Beach street circuit race April 10. This weekend’s road course race is the first of seven such events on the 2022 schedule, leaving Newgarden ample opportunity to achieve it. Of course, other drivers could beat him to the prize.

The feat has been accomplished five times since 2016 – twice by Newgarden and four times by Team Penske drivers. Newgarden is the INDYCAR SERIES’ most successful driver at Barber, with three wins.

Newgarden is on pace to shatter the recent mark for completing the trifecta. In 2019, Simon Pagenaud did so in the July 14 street race in Toronto. Three of the other four sweeps of the different types of tracks weren’t achieved until August. Should Newgarden not win this weekend, he will have three more road course opportunities before Pagenaud’s date.

Scott McLaughlin (No. 3 Sonsio Team Penske Chevrolet) is the only other driver to win a race this season. He captured the season-opening Firestone Grand Prix of St. Petersburg presented by RP Funding on Feb. 27.

Two INDYCAR SERIES teams have taken up residence on the podium at Barber Motorsports Park.

Team Penske and Chip Ganassi Racing have combined to earn 24 of the 33 top-three finishing positions since the first race was held in 2010. Two figures stand out: Team Penske’s event-high six wins and the nine podium finishes of six-time series champion Scott Dixon (No. 9 PNC Bank Honda).

Power has a record four NTT P1 Awards at the track, part of Team Penske’s eight poles. Power (2011), Simon Pagenaud (2016) and Newgarden (2018) are among the five drivers who have won races from the pole at Barber. Pagenaud now drives the No. 60 AutoNation/SiriusXM Honda for Meyer Shank Racing.

O’Ward Back On Track

Pato O’Ward (No. 5 Arrow McLaren SP Chevrolet) had his best outing of the season during the NTT INDYCAR SERIES’ most-recent race, the Acura Grand Prix of Long Beach, where he finished fifth. Perhaps it shouldn’t have been a surprise.

O’Ward has told media outlets that his future with Arrow McLaren SP has been secured, and that appears to coincide with the recent spring in his step. Now, he goes to the track where he won the first of his three NTT P1 Awards for qualifying last year. O’Ward later added poles at Detroit’s Belle Isle circuit and the second race on the Indianapolis Motor Speedway road course.

The Mexican driver finished fourth in last year’s race at Barber Motorsports Park. He enters this race ninth in the driver point standings after three of 17 races.

O’Ward clearly is excited to return to Barber, posting a photograph of his team’s pole-winning effort from a year ago, with the words “Right here” accompanied by a smiling emoji.

“I love Barber,” he said. “It’s one of my favorite racetracks because it’s a very high-commitment track. I’ve always said it’s one of the most beautiful and well taken care of facilities I’ve ever been to. It’s always a great turnout; I also heard it’s going to be a sold-out event on Sunday, so I’m sure it’s going to be a great event for everyone to watch and for us to entertain.”

NBC will begin its Sunday broadcast at 1 p.m. (ET). The green flag for the 90-lap race is expected at 1:15 p.m. (ET). Following the race, Peacock Premium will have an extended show.

The INDYCAR Radio Network will provide coverage to its network affiliates, including racecontrol.indycar.com and the INDYCAR App powered by NTT DATA.

The Indy Lights race is Sunday at 11 a.m. (ET), with live coverage on Peacock.