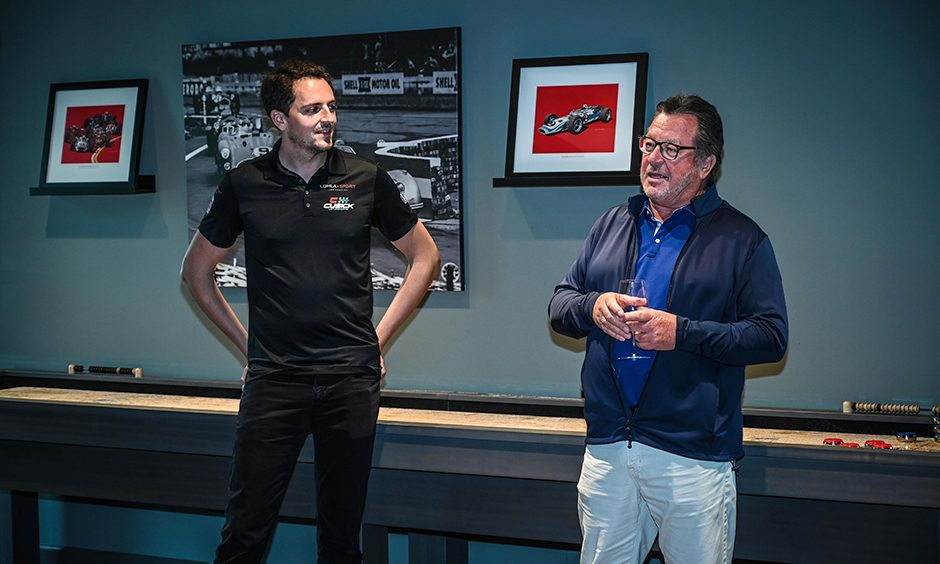 Cusick Motorsports is returning to the NTT INDYCAR SERIES grid for the 106th Running of the Indianapolis 500 presented by Gainbridge in a partnership with DragonSpeed.

Title partner LOHLA SPORT and co-primary partner Sierra Pacific Windows will continue their roles from last year’s running of “The Greatest Spectacle in Racing,” while GNARLY Premium Cut Jerky is added to the main partners supporting the entry.

Founded in 2021 by entrepreneur Don Cusick, Cusick Motorsports’ first official event was the 2021 Indianapolis 500 with Wilson behind the wheel.

“I’m so excited to be back at the event that ignited my passion for motorsports several decades ago,” founder Don Cusick said. “To be partnered with a young, hungry and professional organization like DragonSpeed makes it all the better. Last year was an incredible first on-site experience for Cusick Motorsports and our partners, and we’re so glad to have them with us again. To have LOHLA SPORT and Sierra Pacific Windows returning as the primary and co-primary partners is just fantastic, and we’re excited to welcome GNARLY Jerky to this group, as well.

“A big thank you to Jay Frye from INDYCAR, Team Chevy and Anders Krohn for being instrumental in putting this program together. We have some unfinished business from last year with Stefan Wilson and our partners, so we cannot wait to get the event going.”

Having claimed LMP2 ProAm honors at Le Mans in 2021, DragonSpeed started 2022 with its third Rolex 24 At Daytona LMP2 class victory in four years. In 2019, it became the first LMP2 team to win IMSA, World Endurance Championship and European Le Mans Series races in the same year, having claimed the ELMS crown in 2017.

Run by former driver Elton Julian, DragonSpeed has proved its speed in a wide range of machinery since 2010. After contesting the Indianapolis 500 in 2019 and 2020, DragonSpeed’s INDYCAR SERIES ambitions stalled with the COVID-19 pandemic. For the future, DragonSpeed is targeting a full-time return to the NTT INDYCAR SERIES and sees the partnership with Cusick Motorsports and Wilson as the perfect springboard to achieving that goal.

“This opportunity means so much to us,” DragonSpeed Team Principal Elton Julian said. “Putting this program together with Don Cusick, Stefan Wilson, and the Cusick Motorsports’ partner group brings us back to Indy even earlier than we hoped, and a step closer to becoming a full-time INDYCAR team.

“With that target in our sights, I can tell you we are not coming to the Brickyard to make up the numbers – we're here to resume our INDYCAR learning curve and build on our experience from 2019 and 2020, and Stefan’s past performances as well. I know that Don and Stefan share our ambitions, and I'm grateful to AJ Foyt Racing and Larry Foyt’s racer spirit for helping make this effort possible through the use of their equipment. We also massively appreciate the support of Jay Frye at INDYCAR and Jim Campbell at Team Chevy. Adding the ‘500’ to our IMSA commitments is complicated, but everyone at DragonSpeed is 100% up for the challenge of Indy.”

British-born Wilson has an impressive resume that includes three Indianapolis 500 starts, Indy Lights race wins, the 2007 McLaren Autosport BRDC Award and top-10 finishes in the Rolex 24 Hours At Daytona and the 12 Hours of Sebring with Cusick Motorsports in 2022.

“The journey to the 2022 Indianapolis 500 has been a roller coaster ride for Cusick Motorsports, our partners and myself,” Wilson said. “A few short weeks ago it didn’t look like this was going to happen for us, but I’m so relieved all of the pieces came together to get another shot at this race. The Cusick Motorsports and DragonSpeed partnership couldn’t be a better fit, and I know it’ll be a great combination for Indy this year, as well as for future opportunities. I’m also looking forward to joining Team Chevy and wearing a bowtie this month.

“There are so many people I have to thank for making this happen for us. First and foremost, a big thank you to Don Cusick for believing in me and being by my side as we fought to make it back to the 500, Elton Julian and the DragonSpeed team for their commitment to join forces with us and a big thank you to Jay Frye and INDYCAR along with Jim Campbell and Chevrolet for their support in making this happen. Also a huge thanks to the partners making all this happen, LOHLA SPORT, GNARLY Premium Cut Jerky, Sierra Pacific Windows, Neptune Systems, Rayne Nutrition, Topping & Legnon Wines, and Mr. and Mrs. James Lowes.”

Live coverage of the 106th Indianapolis 500 presented by Gainbridge starts at 11 a.m. (ET) Sunday, May 29 on NBC, Telemundo Deportes on Universo and the INDYCAR Radio Network.