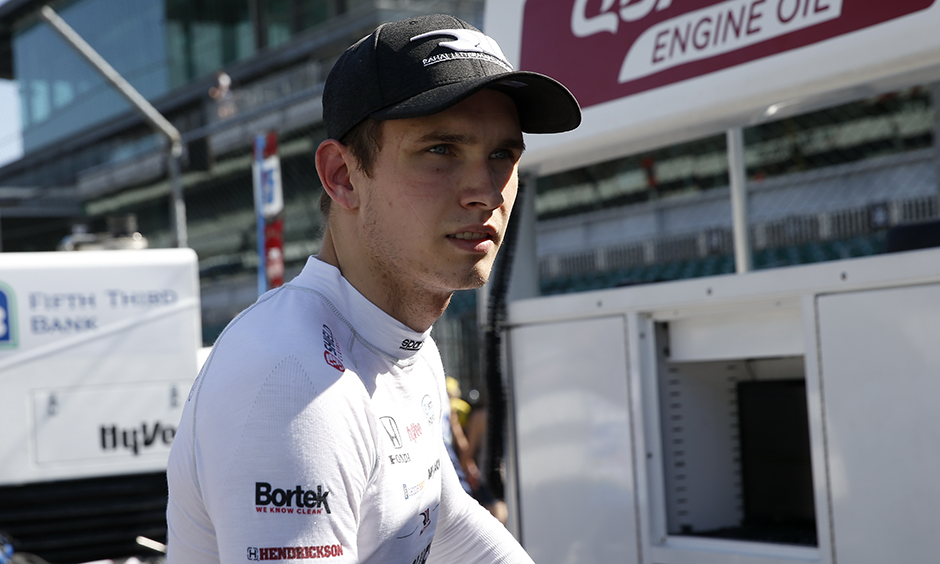 NTT INDYCAR SERIES rookie Christian Lundgaard is hoping his luck this month at Indianapolis Motor Speedway is as good as it was last week Churchill Downs.

Lundgaard experienced the iconic horse racing facility in Louisville for the first time, placing a few bets, mostly breaking even at the pay window. But by the time the 148th Kentucky Derby went to post, the 20-year-old Danish driver had dug a $6 credit slip out of his pocket and examined the board for a horse to bet on.

That’s right: He chose Rich Strike, the stunning winner which at the time of his bet carried 99-1 odds.

“Picked the one with the worst odds,” Lundgaard said, laughing. “No other reason for it, just went that way.”

As someone who had never attended a horse race, Lundgaard wasn’t adept at keeping track of his horse in the race, although in fairness Rich Strike mostly ran in the back of the pack. As the throng cheered the sprint to the finish, Lundgaard saw the winning horse carrying No. 2, but he wasn’t sure if it had a second digit.

Rich Strike was No. 21 as the final horse allowed to compete.

Here’s the kicker: When Lundgaard arrived at IMS for Saturday’s GMR Grand Prix, he learned that gambling sites had his odds of winning the season’s fifth race at 80-to-1. The odds are similar for him to win the Indianapolis 500 presented by Gainbridge.

Lundgaard, who drives the No. 30 Shield Cleansers Honda for Rahal Letterman Lanigan Racing, said he can’t bet on himself, but he said he hasn’t been shy in encouraging others to do so.

In NTT P1 Award qualifying held Friday, Lundgaard supported that confidence in himself by earning the eighth starting spot for Saturday’s 85-lap race, which NBC will broadcast beginning at 3 p.m. (ET). The green flag is expected at 3:45 p.m.

The 14-turn, 2.439-mile permanent road course is the first in the U.S. where Lundgaard has previously raced. Last year, he qualified fourth before suffering food poisoning later that night and laboring to a 12th-place finish in the race.

Lundgaard said the circuit has characteristics of European tracks he knows well.

“I’m really looking forward to a good race,” he said. “I feel really comfortable here, and I’m confident we can do well.”

A competitor with 80-1 odds to win? It’s been done before.

A Race Date to Remember

Ed Carpenter Racing’s Rinus VeeKay (No. 21 Building Tomorrow Chevrolet) will never forget his first NTT INDYCAR SERIES victory, earned in the 2021 GMR Grand Prix at IMS. To ensure that, he had it commemorated with a tattoo on his arm. It reads: May 15, 2021.

“Doing that in Indianapolis is very special, especially the way it went,” he said. “Everything went right in the race, and it was a dominant win, which I will never forget.”

The date has special significance for Dutch motorsports fans, he said.

“Five years ago, (when) Max Verstappen got his first-ever F1 win,” he said. “May 15th is a very special date for Dutch race car fans.”

VeeKay’s defense of last year’s GMR Grand Prix will begin from the 15th starting position. He said his car was the fastest on the Firestone Firehawk primary (black) tires, but it didn’t handle the alternate reds as well.