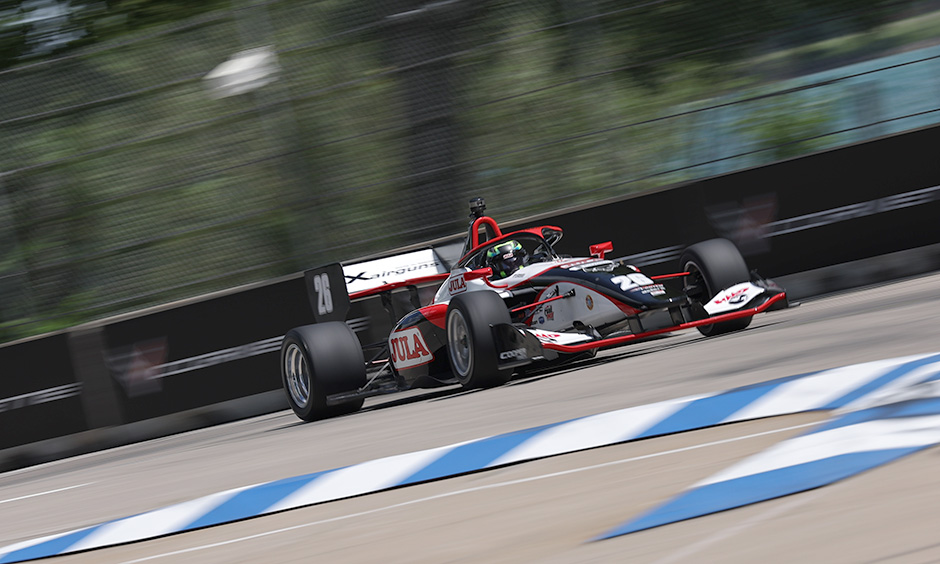 Linus Lundqvist covered the Indy Lights Presented by Cooper Tires field with sheer speed during qualifying Saturday, winning the pole for both races at the Detroit Grand Prix in dominant fashion.

Series points leader Lundqvist earned his fourth and fifth poles of the 2022 season in the No. 26 HMD Motorsports with Dale Coyne Racing car, a streak of consecutive top spots that started in April at Barber Motorsports Park and continued at both races last month on the Indianapolis Motor Speedway road course.

Lundqvist made speed look easy during each of the two 12-minute sessions that sorted the field for the two races on the 14-turn, 2.35 street circuit at the Raceway at Belle Isle Park.

In the session for the first race, Lundqvist won the pole by .4947 of a second over teammate Benjamin Pedersen. Lundqvist’s pole-winning time was 1 minute, 23.1190 seconds in the No. 26 HMD Motorsports with Dale Coyne Racing entry, followed by Pedersen at 1:23.6137 in the No. 24 Global Racing Group with HMD car.

The second row of race one will consist of Sting Ray Robb and Danial Frost. Robb, quickest in practice Friday, qualified third at 1:24.0186 in the No. 2 Sekady car fielded by Andretti Autosport. Frost followed at 1:24.0519 in the No. 68 HMD Motorsports with Dale Coyne Racing car.