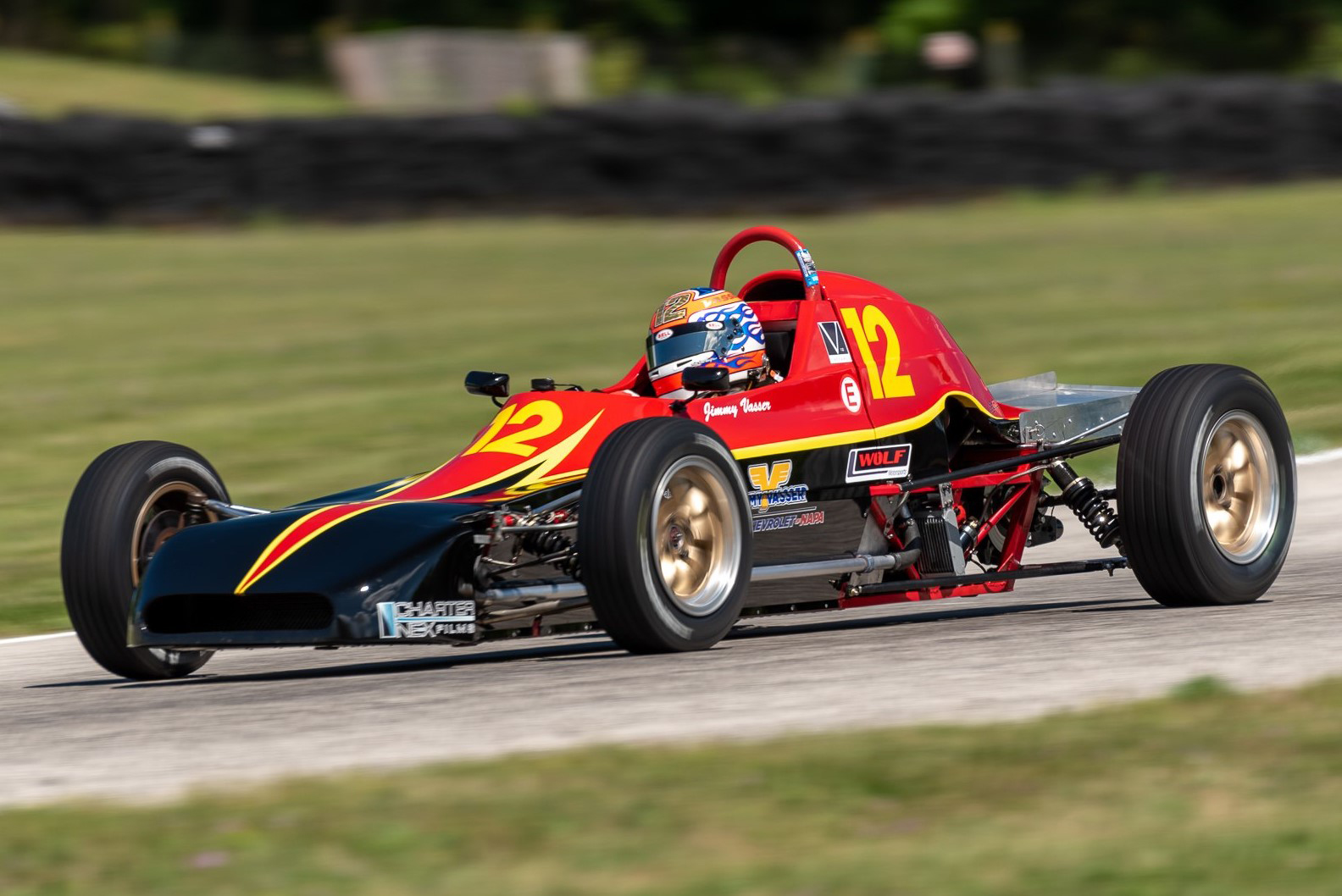 Jimmy Vasser, the 1996 INDYCAR SERIES champion, will jump back into a race car with a familiar paint scheme this weekend at Indianapolis Motor Speedway, although the No. 12 entry in Target livery won’t have the horsepower of yesteryear.

This machine is a 1978 Crossle 32F Formula Ford, entered in the Brickyard Vintage Racing Invitational this weekend at IMS. The car will be one of more than 300 of the world’s most exceptional vintage race cars competing in 12 different Sportscar Vintage Racing Association (SVRA) classes on the 14-turn, 2.439-mile road course.

Vasser will compete alongside six other cars of Elkhart Lake Vintage Motorcars, a Wisconsin-based team he has driven with on a few occasions in recent years.

“They’re good people, good to hang out with, and I enjoy getting a kick out of it,” Vasser said of driving the group’s car. “It’s a (red with black) throwback ’95 Target scheme, so it looks cool, and it’s fun.”

More than 50 years ago, the Crossle Car Company began making Formula Fords, although it made them for several sports car divisions. Twelve Crossle Formula Fords are entered in the Saturday-Sunday event, three by Elkhart Lake Vintage Motorcars.

Tickets, which start at $30, are available here.

Vasser, 56, met team owner Rod Bolhous, a former club racer, four years ago in Elkhart Lake, and the joke is that it took nearly three years to get him in a car in a competitive event.

“Jimmy kept saying, ‘Why do I want to do that again?’” team member Jeff Tschiltsch said. “Over time, Rod convinced him, and it seems he has really enjoyed it.”

Vasser has driven this car at Road America and Circuit of The Americas, and he is excited to return to IMS, where he made eight starts in the Indianapolis 500. This event will be held on the road course.

Vintage racing is for the enthusiast, but there is a high degree of competitiveness, too, something Vasser expects to get drawn into.

“Oh, yeah, of course, yeah,” he said, laughing. “There are some really serious guys out there, and I’ll be there just for the fun of it, but you know, it’s always fun to push (the limits of) the car.”

Elkhart Lake Vintage Motorcars, which is based in Plymouth, Wisconsin, also has a pair of Tigas and two Lolas entered in this weekend’s event.

Vasser’s 1995 “500” ended with a crash in Turn 3 while leading on Lap 171. He had led 20 laps in the Reynard/Ford Cosworth XB in what proved to be his best opportunity to win the race.

Vasser finished fourth at Indy on two occasions, in 1994 and 2001. His best four years with Chip Ganassi Racing, which included his ’96 season championship, were spent racing away from Indy during a period when the sport was divided.

After retiring from competitive driving, Vasser became a team owner, winning the “500” in 2013 with Tony Kanaan driving the KV Racing Technology with SH entry.