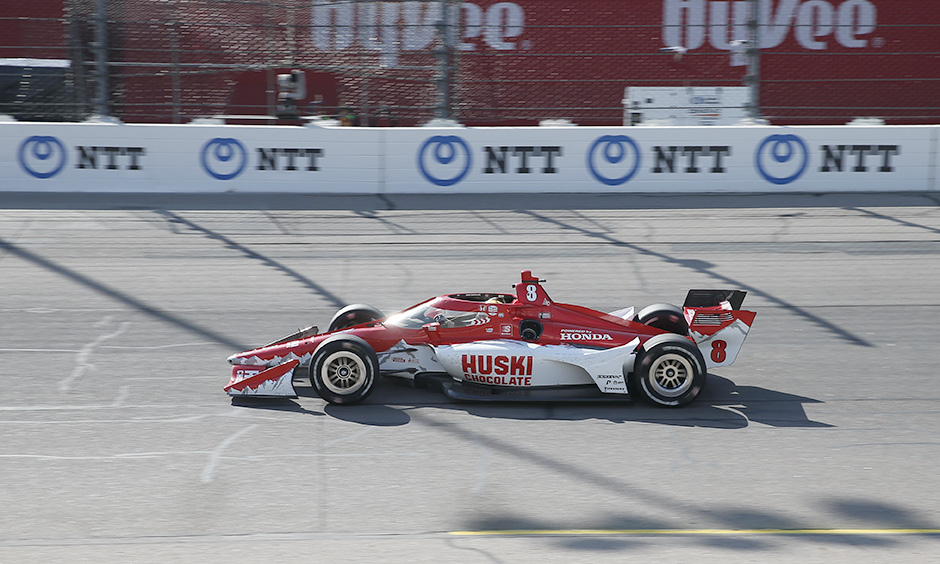 The hottest driver in the NTT INDYCAR SERIES over the past year and a half happens to be the driver atop this year’s standings.

Clearly, Marcus Ericsson (No. 8 Huski Chocolate Chip Ganassi Racing Honda) has done more over the past 20 races than win the Indianapolis 500 presented by Gainbridge in May. He leads the series with an average finish of 7.45. Josef Newgarden (No. 2 Hitachi Team Penske Chevrolet) has an average of 7.95.

In those 20 races, he has eight top-five finishes and 17 top-10 finishes, and he has finished in the top seven in the past six races.

Ericsson has a 35-point lead over Will Power (No. 12 Verizon Team Penske Chevrolet) in the standings with seven races left, beginning with Saturday’s Hy-VeeDeals.com 250 presented by DoorDash (4 p.m. ET, NBC and the INDYCAR Radio Network). Ericsson has held the series lead following the past three races and four of the past five races dating back to Indy.

Ericsson has finished 11th, ninth and ninth in his three Iowa Speedway races.

“We have a lot of confidence and momentum going,” he said. “For us in the 8 car, we are still in the lead of the championship, extended it the last time out (by finishing fifth last weekend in the Honda Indy Toronto). It can be important this weekend – double races, double points.”

Ericsson had the sixth-fastest lap in Friday’s 90-minute practice at 171.819 mph, but don’t read too much into a single lap or how drivers qualify in Saturday’s qualifying session (10:30 a.m., Peacock Premium). This track creates some of the highest tire degradation, which in turns creates big speed discrepancies later in green-flag runs. In Race 1 of 2020, Simon Pagenaud (No. 60 AutoNation/SiriusXM Honda of Meyer Shank Racing) started last – 23rd – and won the race.

Friday was a hot day in Newton, Iowa, and Saturday figures to be hotter, with a high approaching 100 degrees. In response, drivers delivered some hot descriptions.

“It’s hotter than the devil’s underbritches, that’s for sure,” said Conor Daly, who had Friday’s second-fastest lap (173.239 mph) in the No. 20 BitNile Chevrolet of Ed Carpenter Racing.

“Bloody, man, it’s going to be long, hard weekend,” said Scott McLaughlin, who posted the third-fastest lap (173.083 mph) in the No. 3 Freightliner Team Penske Chevrolet. “It’s (going to be) a test of the fittest, and I’m looking forward to it.”

The good news, Sunday’s forecast is for cooler temperatures for Sunday’s Hy-Vee Salute to Farmers 300 presented by Google (3 p.m. ET, NBC and the INDYCAR Radio Network).