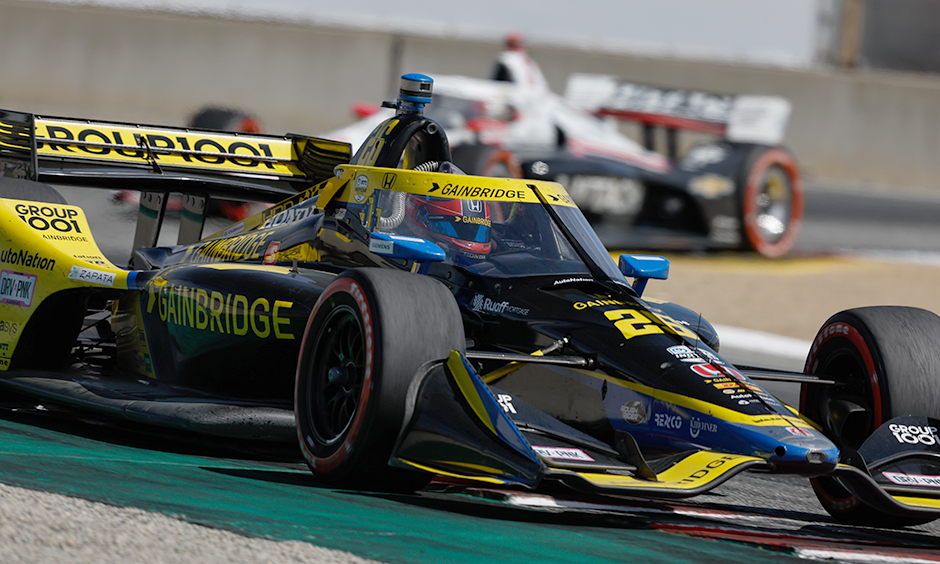 The kid is growing up.

Colton Herta, who became the youngest race winner in NTT INDYCAR SERIES history in just his third career start at 18 years, 359 days old in 2018 (Circuit of The Americas), is set to be the leading man for Andretti Autosport at just 22 years old.

While the contract extension announced Oct. 25 will keep Herta in the No. 26 Gainbridge Honda through the 2027 season, the offseason departure of Alexander Rossi to Arrow McLaren SP puts Herta front and center as Andretti’s longest-tenured driver.

“That's something that I have to think about and weigh on because it is important to have somebody to have a direction with that, they've done things in the past, mechanically on the car that really boosts the team,” Herta said. “It is big shoes to fill because Rossi was great at that. But I've had great teammates over the years to see how those guys work, like Ryan Hunter-Reay, Hinch (James Hinchcliffe) and Rossi, too. To see how they work and relay the car has helped me immensely. So, I think I am ready for that.”

Herta endured an eventful 2022 season, which featured a win at the GMR Grand Prix, two podium finishes, eight top 10s and two poles en route to 10th in the NTT INDYCAR SERIES championship standings. Additionally, he received testing opportunities with McLaren’s 2021 MCL35M Formula One car as part of its F1 TPC (Testing Previous Cars) program. Second-generation driver Herta also earned an LMP2 class victory at the start of the year in the Rolex 24 At Daytona in the IMSA WeatherTech SportsCar Championship.

While the year brought new experiences, it also delivered clarity for Herta.

The most significant area in need of progress is on the two shortest ovals (Iowa Speedway, World Wide Technology Raceway), where none of Andretti’s four drivers scored a result in the top five in 2022. In fact, the only top-10 finishes happened courtesy of Romain Grosjean in the doubleheader at Iowa (seventh in Race 1, ninth in Race 2).

“I think some of the biggest marks for us have been short ovals in the last few years, which I know a lot of people have thrown that out there and stuff,” Herta said. “I think that's probably a good starting point, but just overall we just have to take it race by race and look at what we did last year and what we did right.

“It's important to note that sort of stuff, but also what we did wrong and attack that and see what we can change – either going into the weekend, during the weekend -- what went wrong and how do we make sure that doesn't happen again. It's case by case with tracks that we go to that maybe some are on permanent road courses, maybe some are short ovals. I think we still have street courses pretty dialed in, but there's always room for improvement everywhere.”