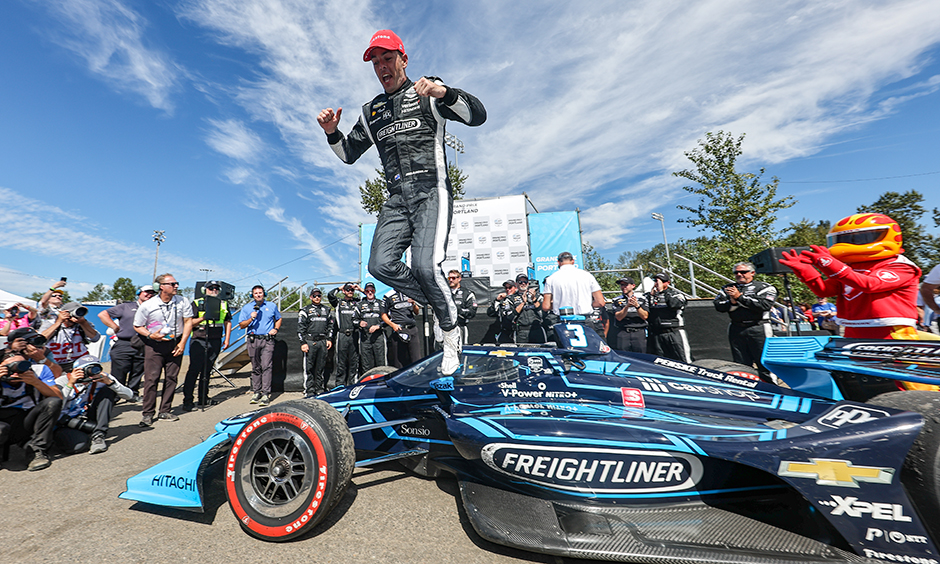 Today’s question: Tony Stewart is making his NHRA debut this weekend at Las Vegas in a Top Alcohol Dragster. What NTT INDYCAR SERIES driver would you like to see “moonlight” in another series, and in what series?

Curt Cavin: There has been talk of Helio Castroneves entering the Daytona 500, and that has my attention. If it happens in February, it will have been 15 years since an Indianapolis 500 winner competed in NASCAR’s biggest event. (That was Dario Franchitti in 2008, and he finished a lap down in 33rd in a car owned by Chip Ganassi.) Obviously, there would be no expectations that Castroneves could win the event as Mario Andretti and A.J. Foyt did in their heydays, but it would be an enjoyable watch. And if Castroneves takes to it as well as he has sports cars, it would be reasonable to expect him to make a good showing of it. Similarly, I’d like to see Scott Dixon and Josef Newgarden get a shot at Daytona, and I’d think Graham Rahal would be intriguing, too, given the way he races.

Joey Barnes: While it would be great to mention some combination like seeing Josef Newgarden or Tony Kanaan running a race in the NASCAR Cup Series, I’m going to go less conventional and say give me Scott McLaughlin on dirt in a World of Outlaws sprint car. The affable Kiwi has acclimated well from Australian Supercars to the NTT INDYCAR SERIES in only two years, and I feel like he’s got that attitude and ability to just go all in on something like that. The thought of seeing McLaughlin running with roughly 900 horsepower at a place like the Knoxville Nationals and competing against the likes of Brad Sweet, Rico Abreu and Tyler Courtney just seems like a natural fit. Hell, for that matter, let’s see him run a midget car at the Chili Bowl Nationals in January when there is very little in the racing world happening.

Paul Kelly: I want to see Alexander Rossi in the Dakar Rally, full stop. Rossi already proved his aptitude on loose surfaces and endurance rallies last November when he was part of the class-winning team in the Baja 1000. He became the first driver to win the Indianapolis 500 (2016), Rolex 24 At Daytona sports car endurance race (2021) and the Baja 1000, considered North America’s most prestigious off-road endurance event. The next step for any Baja winner should be trying to win the Dakar, the world’s greatest and most prestigious endurance rally, much like any Rolex 24 At Daytona winner would love to have a go at winning the 24 Hours of Le Mans. Give me Rossi as one of the lead drivers in a Chevrolet factory effort at the Dakar, perhaps the most grueling race in the world. That’s must-see TV for me.