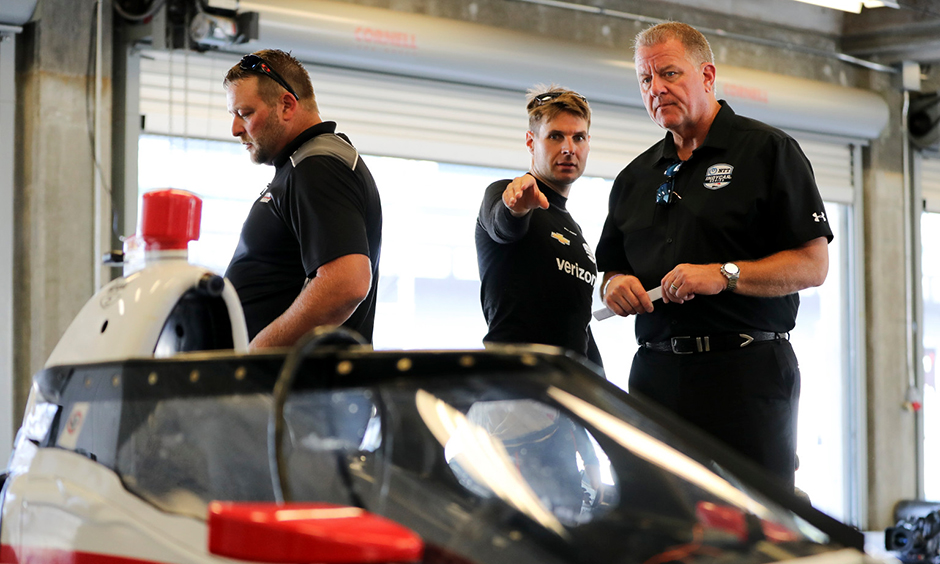 This is the second in a series of Q&As with INDYCAR President Jay Frye in which he answers questions from fans and provides perspective and a glimpse into the future for the sanctioning body and the NTT INDYCAR SERIES.

Moderator: Thanks again, Jay, for taking the time to do this. Certainly, there is no “off” in “offseason” when it comes to the INDYCAR SERIES. Maybe talk us through what happens when the season comes to a close and you have some months where there's a lot of discussions and planning for the next season.

Once we start racing, we get into our routine. One of the things we've tried to do is create a routine for the offseason. It starts with an offseason/preseason team manager meeting, which is a really good collaboration with the team managers. It's something we look forward to every year. In that meeting, about 20 percent of what we talk about is for the following season. The other 80 percent is for seasons beyond that – our rolling five-year plan. The 20 percent we talk about for the following season includes some of the things that happened in the previous season, good or bad. We talk about how we can improve for the next season. So, that's step one of the offseason.

Step two is we have a drivers’ meeting in December. It's the same kind of approach. We go through the information from the team manager meeting, which helps begin our discussion with the drivers. We want complete transparency among all of our stakeholders. The drivers get a good understanding of the process of how we got to where we are and where we are going into the future. We want and value their opinion. We also address things they brought up throughout the course of the year.

Step three, we have a team owner meeting. In that meeting, we go through everything we've discussed with the team managers and the drivers, as well as any of the major initiatives that need to be discussed and decided. The team owners are vested and have incredible knowledge. We work to gain a consensus prior to locking down each piece of the rolling five-year plan.

So, that's basically your offseason meeting cadence. But there are also all kinds of other things. For example, the schedule has been announced, but what other series will be racing with us at different venues? What will the schedules look like for the event weekends? What are our broadcast window schedules? How's that going to work? There are just all kinds of different things that take time, planning for the near future and five years from now. We're also working on the hybrid (engine) project and other projects that are very time-consuming. But all are really good stuff.

We've worked really hard to create an offseason routine. We're proud of that. All of our paddock is very involved in it in; they're a great group to work with. Their input and participation are helping catapult the growth of the sport.

Moderator: Central to the offseason certainly is the car itself and important discussions happening about technology and innovation. Take us through a little bit of that heading into 2023.

Frye: From an innovation perspective, some of the things that have happened in the last few years are going forward. It's pretty cool and pretty exciting.

Just go back a couple years ago with the aeroscreen. The technology that goes into that is space-aged. It's a work of art. For example, it is 3D-printed out of titanium powder. There’s a proprietary welding process that Pankl developed for the aeroscreen. PPG also has amazing technology in the screen material itself. The whole project is very fighter jet-ish and is a technological marvel.

Our partners at Chevrolet and Honda conducted a 2.4-liter engine test a couple of months ago when they ran all day and had virtually no issues. Think about how that would have worked in the old days, where there would have been multiple issues and engine changes. Well, both manufacturers showed up for their first test - out of the box on a racetrack and ran all day and had no problems. That’s a huge accomplishment.

Our partners at Firestone and the guayule tires that we ran this year at Nashville. The biggest compliment we could give to them is nobody knew the difference between the guayule tire and the alternates we ran at all the other races. That's exactly what you want, right? Firestone did a phenomenal job again, right out of the box. The tires work, just like we knew they would.

These are just a few examples, but the amount of effort that it took to bring all these things to fruition has been tremendous. It's been a great group effort, with lots of partners and teams involved. There is more coming in the future, but there are a lot of really innovative things coming out of the INDYCAR SERIES right now.

Moderator: Lastly, before we know it, we're going to get that first Open Test of 2023 on Feb. 2-3 at a new venue for the NTT INDYCAR SERIES, The Thermal Club near Palm Springs, California. Tell us about how important that test will be on so many levels.

Frye: It's really hard for us to find places to go test in February due to weather. There are only so many places you can go. We were approached about Thermal, and Townsend Bell was one of the first ones to talk to us about the unique properties and qualities that make it a world-class facility.

Right now, the racetracks at Thermal are ready to go. Some of the things we need them to do are more from a safety perspective, such as runoff areas and tire barriers because our cars go quicker than most of the cars that currently run there. That work will be done before the Open Test, and Thermal will end up being an FIA Grade 2 facility, which is the same certification level we race on everywhere except IMS, which is FIA Grade 1.

Thermal will do some unique and fun things each day for the paddock and the weather will be spectacular.

We liken this to a preseason scrimmage. People move around teams during the offseason, and not just drivers. This preseason scrimmage gives all the teams the ability to work together for a couple days. It does the same from an INDYCAR perspective. We will take out all of our people and equipment, just like we're going to race. So, instead of going to St. Petersburg and deploying all our assets for the first time in 2023, we'll be able to deploy those assets, including new equipment and people, at Thermal and make sure everything is working. It gives us an opportunity to test all of our systems. So, by the time we get to St. Pete, we’ll be ready to go.

Tim and John Rogers and Nick Rhoades have been just a complete pleasure to deal with at Thermal. The Open Test at Thermal will be a unique and different approach to how we've done our spring training. Again, the Thermal members and everybody at the facility have been very gracious. We're excited to go out there.