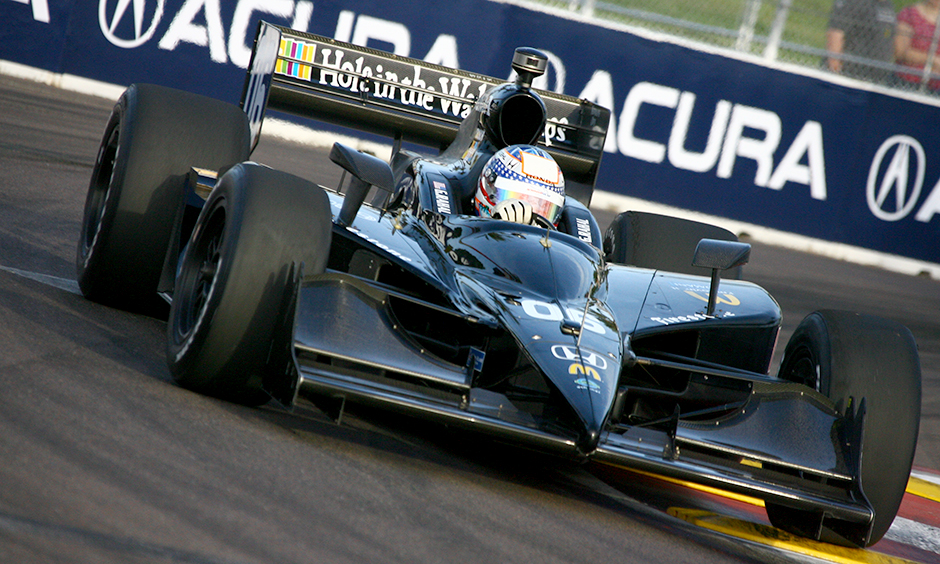 Rahal purchased two cars important to him, including the No. 06 Dallara in which he won his first race (the 2008 Honda Grand Prix of St. Petersburg). The other car was the No. 2 Panoz he drove as a Champ Car World Series rookie in 2007.

“For me, the Panoz will always be special because it was the very first car I drove (at this level),” Rahal said Wednesday. “And then, of course the St. Pete car was the first car I won with.”

Surprisingly, these are the first two INDYCAR SERIES cars Rahal owns. His wife, Courtney, has a NHRA Funny Car from her days as a race-winning drag racer, and they plan to showcase them together, likely in the new Graham Rahal Brands facility under construction in Zionsville, Indiana.

The other place they might display the cars is at Rahal Letterman Lanigan Racing’s new facility adjacent to the driver’s automotive business headquarters.

“We might do some sort of a family racing museum there,” Rahal said. “That hasn’t been decided yet.”

Businessman Carl Haas and actor Paul Newman founded the team in 1983, adding Mike Lanigan as a partner in 2007. It won 107 races and eight series championships before competing in its final race in 2011.

RM Sotheby’s staged the auction, and according to its website the auction featured 40 race cars and an assortment of memorabilia, earning nearly $6.1 million in sales. Brown purchased a 1993 Lola/Ford-Cosworth driven by Formula One champion Nigel Mansell in his INDYCAR SERIES championship season. Brown paid $995,000, easily the highest fetched for any of the cars.

Rahal, who drove for the team from 2007-2010, didn’t say what he paid for his cars, which included display engines, but he called them “solid deals” in a social media post.

Rahal was an 18-year-old Champ Car rookie when he finished second in Houston in his third career start. He added three additional top-three finishes that season in the DP01 when he ended up fifth in the point standings as teammate Sebastien Bourdais won his fourth consecutive series title.

The next year, Rahal won in his first INDYCAR SERIES start. The black Honda-powered car carried the livery of Newman’s Hole in the Wall Camps, another special aspect to owning that car.

Rahal said he had hopes of buying the No. 02 Dallara in McDonald’s livery in which Justin Wilson won the INDYCAR SERIES’ 2008 Detroit Grand Prix, but he opted to pass. That also was the last car to win a race for what had become Newman/Haas/Lanigan.