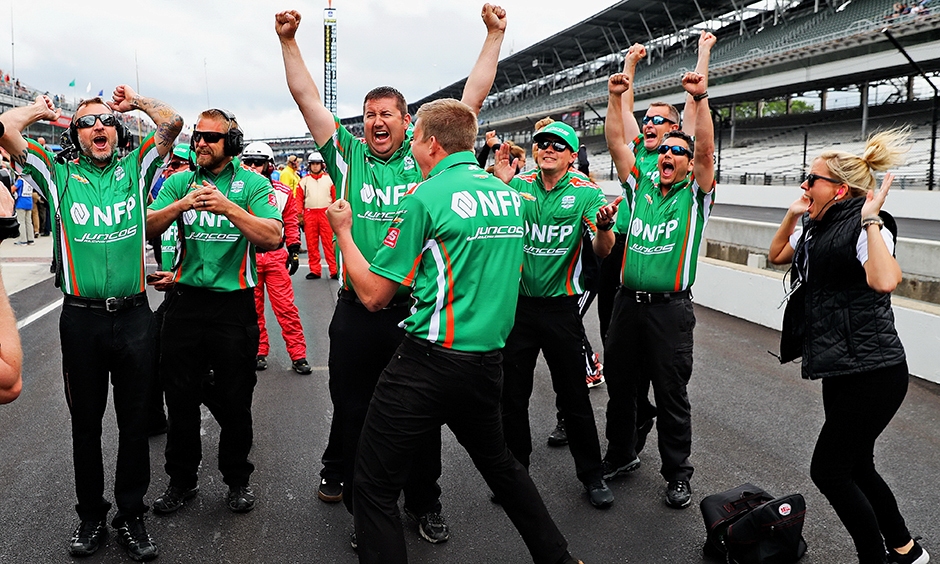 Today’s question: This week, Juncos Hollinger Racing is taking one of its NTT INDYCAR SERIES cars to Argentina, the home country of team co-owner Ricardo Juncos, to show off its progress in North American motorsports and to showcase the series. The Indianapolis-based team has much to be proud of, with the bumping of two-time Formula One champion Fernando Alonso from the 2019 Indianapolis 500 presented by Gainbridge the most publicized. Juncos Hollinger Racing has had many successes since Ricardo Juncos and his brother left Argentina for the U.S. in 2003. What is something most people don’t know about the team?

Curt Cavin: Broadly, it’s the depth of driver development the team has done with so many drivers that are now household names. Spencer Pigot was the second person to drive one of Juncos’ karts in the U.S., and he got all the way to the NTT INDYCAR SERIES. Conor Daly became Juncos’ first Pro Mazda champion in 2010, and Pigot added another series title in 2014 before becoming the Indy Lights champion in 2015. Juncos has had a handful of other series champions, too, but one that doesn’t get much attention is Rinus VeeKay in Pro Mazda in 2018 when he won seven of the 16 races, beating the likes of Oliver Askew and David Malukas. The next year, Juncos helped VeeKay finish second to Askew in Indy Lights, and today the Dutch driver is an NTT INDYCAR SERIES race winner and one of its young stars.

Joey Barnes: To Curt’s point, Juncos has been the standard of driver development throughout the path to the NTT INDYCAR SERIES. I think back to some of the more incredible things they have done for so many such as Victor Franzoni, who showed flashes of mega talent in his occasional appearances before getting the call to team with Juncos and winning the 2017 USF Pro 2000 (formerly Pro Mazda, Indy Pro 2000) championship with a staggering record of seven wins and five runner-up results in 12 races. The pairing went on to finish fifth – with one win, five podiums and one pole – in the 2018 Indy Lights title race in perhaps the most decorated class in series history, which included the likes of that year’s champion Pato O’Ward, along with standouts Colton Herta, Santi Urrutia, Aaron Telitz and Dalton Kellett. Franzoni is still on my list of “what if?” drivers that I believe could have made it to North America’s premier open-wheel championship if it were simply down to talent alone. That said, it’s incredible to look back to 2009 when Irishman Peter Dempsey stepped in and won in the team’s second-ever start in USF Pro 2000 in a mid-season race at Iowa Speedway… the wave team founder and co-owner Ricardo Juncos has ridden all the way to the NTT INDYCAR SERIES since then is nothing short of spectacular.

Paul Kelly: Nearly every NTT INDYCAR SERIES team owner is a former driver of some repute in either open-wheel or sports car racing. But Ricardo Juncos is different. Sure, he was a driver in karting and Formula Renault in his native Argentina, but he also was wrenching his machines while learning about mechanical engineering in school. Juncos decided at a relatively young age to focus on running a race team from the bottom up, which included wrenching and devising setups for a variety of machines. As he told Curt in this fine feature story, Juncos can design a racing engine. He might be the only current NTT INDYCAR SERIES team owner who can do that – although I wouldn’t put it past A.J. Foyt at age 87! I respect the hell out of that. Juncos may have one of the smallest teams in the NTT INDYCAR SERIES paddock, but there a few team owners with more knowledge of all things mechanical, logistics and business than Ricardo Juncos.