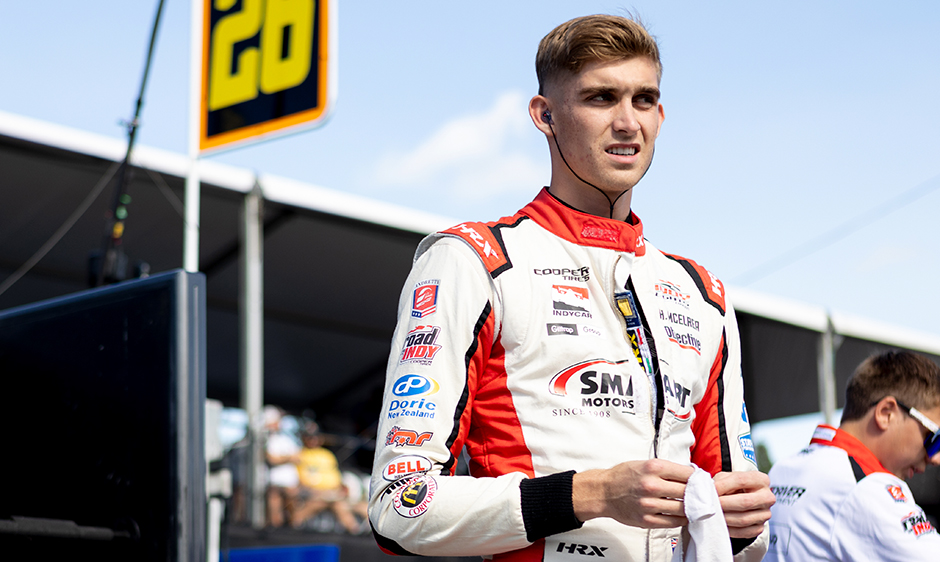 Seventeen INDY NXT by Firestone drivers participated in a private test Nov. 7-8 at Sebring (Florida) International Raceway, giving a sneak peek how the 2023 season may shape up.

Let’s dig into the results and try to draw some far-too-early conclusions, shall we?

The test featured a mix of series veterans and newcomers, with one 2023 rookie staking his claim as a driver to watch as a possible rookie title contender – Reece Gold.

Gold produced the quickest time overall in two days of testing in the No. 76 Juncos Hollinger Racing entry, three-hundredths of a second quicker than the best time produced by 2022 series Rookie of the Year Hunter McElrea of Andretti Autosport.

The top time by Gold, set Monday, was no fluke, either. He was second quickest overall Tuesday, just five-thousandths of a second behind McElrea.

Miami native Gold, 18, drove for Juncos Hollinger Racing in USF Pro 2000 in 2022, winning four races and finishing second in the standings behind champion Louis Foster. He is expected to stay with Juncos Hollinger in 2023 as the team returns to INDY NXT.

The Sebring sessions were the second large gathering of INDY NXT by Firestone drivers for testing in the last three weeks, following the Chris Griffis Memorial Test on Oct. 21 on the Indianapolis Motor Speedway road course.

Danial Frost led that test in the No. 68 HMD Motorsports with Dale Coyne Racing entry. Frost was third quickest Monday at Sebring and sixth quickest Tuesday to continue his momentum, but 2022 Rookie of the Year Hunter McElrea showed the most consistent speed in the two tests on very different types of circuits. Sebring and the IMS road course are both flat circuits, but the similarities end there. Sebring is bumpy, with varying types of concrete and tarmac, while IMS is a smooth, consistent Grade 1 FIA facility.

But McElrea was second overall at both tests, just three-hundredths behind rookie Reece Gold at Sebring and slightly more than a tenth behind Frost at the Griffis test.

McElrea also showed superb consistency during the two-day test at Sebring. Just five-thousandths of a second separated his best laps Monday and Tuesday in the No. 27 Andretti Autosport car.

New Zealand-American McElrea must be considered a strong title contender in 2023 after these two testing performances and also based on his 2022 rookie season with Andretti, during which he earned two victories and finished fourth in the series standings. McElrea was the top finisher in points in 2022 among drivers confirmed to return to INDY NXT in 2023.

Three-time W Series champion Jamie Chadwick first drove an INDY NXT by Firestone car in September at Sebring with Andretti Autosport, and she showed how much circuit familiarity helps when learning the ins and outs of a new car.

British driver Chadwick was fourth quickest on both days of the Sebring test this week in the No. 28 Andretti Autosport car. She was less than two-tenths of a second behind leader Reece Gold on Monday and slightly more than a tenth behind leader Hunter McElrea Tuesday. In other words, right there.

Chadwick has not signed yet with an INDY NXT team, but she has stated in numerous media reports that she has shifted her attention from the European racing scene to North American racing, with a focus on INDY NXT. It wouldn’t be surprising at all to see her testing affiliation with Andretti Autosport become a full-time ride.

Expect microchip-thin gaps between drivers on 2023 INDY NXT starting grids, if Sebring testing is any indication. Just .845 of a second separated the 16 drivers on track Wednesday, the second day of testing, when it’s presumed teams and drivers have ironed any wrinkles found during the opening day of testing Monday.