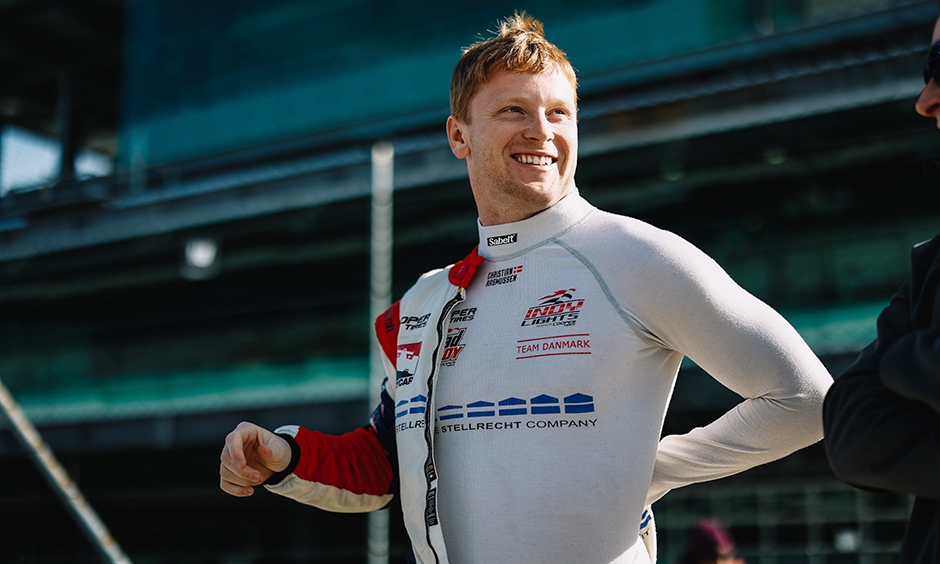 Christian Rasmussen is bringing a take-no-prisoners approach to the 2023 season of INDY NXT by Firestone.

A native of Copenhagen, Denmark, Rasmussen is coming off a rookie campaign with Andretti Autosport that featured two wins, five podium finishes and one pole en route to sixth in the overall championship standings.

The transition over to HMD Motorsports has begun as Rasmussen has tested four times in the team’s No. 6 entry since the end of the 2022 season. The team is affiliated with nine combined entries for 2023, with six of those drivers having previous starts in the top development category for the NTT INDYCAR SERIES. However, the only drivers on its roster thus far to know the spoils of victory are Rasmussen and Danial Frost.

Despite the successful experience, though, Rasmussen isn’t fazed one way or the other with being regarded as a team leader.

“I'm in it to win it next year, and if you want to call me a leader, that's fine with me,” said Rasmussen, 22. “I see my teammates as equal and just a lot of other names that I need to beat. I mean, even though we are teammates, we are still competitors, and I have basically half of the field of competitors within my own team. But that way we also have a lot of good data to compare to, and that's also how you get better.

“So, at the end of the day, in INDY NXT is also to get you prepared for INDYCAR and develop yourself as much as you can. I think we have a great opportunity to do that with as much data and knowledge we'll gain each time we go on track because we are just that many cars.”

Although the driver roster is massive for HMD Motorsports next year, Rasmussen shared insight that debriefs will be split.

“We have two trucks that we sit in: four of us in one, and then five of us in another,” Rasmussen said. “So, from a team dynamic standpoint, it works very much like last year for me where four drivers are in a truck, each of us have our own engineers, and we do debrief. So, it's basically run as two programs and that's why it's not really too crazy in the debriefs. I bet if you put all of us together in one truck and had to debrief, it would probably be a lot. But that's not the case, so it actually works out very well.”

Rasmussen carries a championship pedigree that includes successive titles in USF2000 and USF Pro 2000 in 2020 and 2021. Additionally, if not for running out of fuel while leading at the end of his INDY NXT debut last February at St. Petersburg, the results would have matched how quickly he acclimated himself in the step up.

While that opening race showcased his strong pace, it also summarized his luck as Rasmussen endured a mixed bag of results. It’s all the more reason why he isn’t concerned with his race craft in 2023, believing that staying away from chaos is at the center of becoming a championship threat.

“I think my race craft has been pretty good,” Rasmussen said. “I think we've gotten a little bit unlucky this year in what's becoming INDY NXT. For me, it's just going to be about staying out of trouble. There's been a lot this year where some of it has been my fault and some not, where it is just been, yeah, we've just had crashes and stuff like that. So, I think for me it's going to be staying out trouble and getting consistent results next year.”