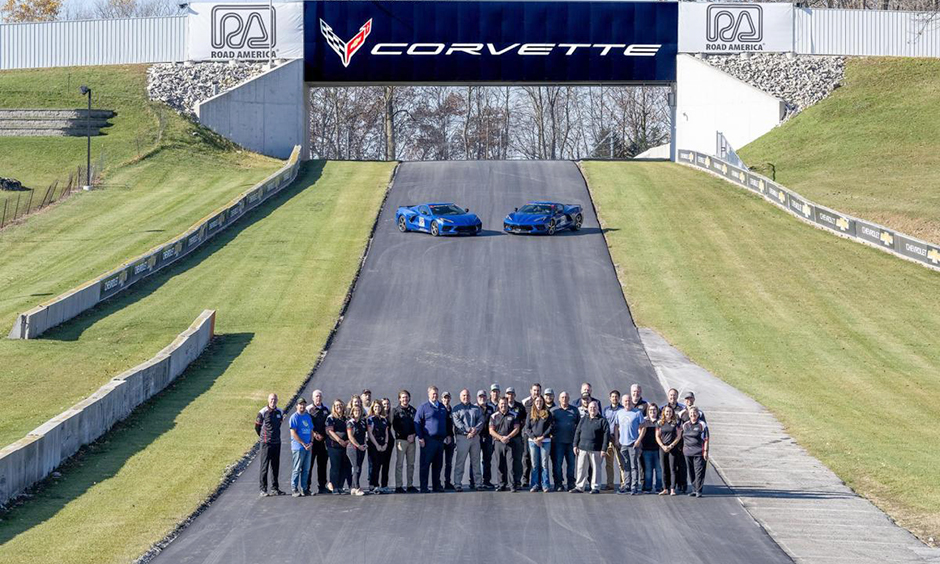 The NTT INDYCAR SERIES will be treated to a smoother and faster racing surface when it returns to Road America next June.

With the help of Walbec Group engineers, America’s National Park of Speed recently concluded a repave project that began Oct. 3, which saw the entire 4.048-mile natural terrain road course, including pit lane, undergo a makeover of fresh asphalt. It was the first time since 1995 the racing surface had been repaved.

“This was a massive endeavor, and we are extremely excited to have a new racetrack for competitors and fans to enjoy,” said Mike Kertscher, president and general manager of Road America. “The goal was to keep it the same as our founder Clif Tufte envisioned, and we’re certain we met that goal. We look forward to the future with this all-new track and pit lane, and we encourage everyone to get their season passes, tickets, and camping for what we anticipate will be an incredible season in 2023.” 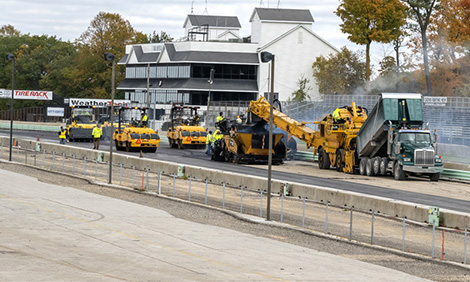 The process saw more than 800 dump truck loads of asphalt removed during the milling, with almost the same amount bringing new asphalt for paving. Additionally, the accuracy of camber angles, curbing locations and track width were maintained within a tenth of an inch with over 7,000-grade control points.

“There were a few (curbs) that were just victims of circumstance because when they come through with the mill, if they get too close to it or they bump it, they chew them up,” Kertscher said. “It's a big grinder. There were a couple that have to get redone, but it was very minimal. So, that was good. We concentrated on the track proper. We didn't have to do the runoff. Some of the curbing will get redone just because it was damaged, but overall, we were pretty lucky.

Road America officials also took the opportunity with the repave to update the drainage system in eight areas by switching out worn metal culverts with DOT plastic culverts.

Two paving machines ran in a side-by-side pattern to minimize the center seam visibility, to which Kertscher noted that the smoother racing surface and seamless center line may trim “a couple seconds” from current lap times.

“Some of the feedback we got was, 'Oh, you guys made the place wider,'” Kertscher said. “It was like, 'No, we actually didn't.’ It's an optical illusion. You don't have that center seam, which just makes it feel wider, but it's really not at all.”

Another change with the new racing surface is how drivers will adapt to new reference points for braking, turn-in and acceleration.

“If it was a patch of pavement or it was a crack or a seam somewhere, so all that stuff's going to change because that stuff is largely gone,” Kertscher said. “We're very happy with how it turned out. We're working. All the new timing lines were put in last week. This week they're working on restoration; the edges and stuff. 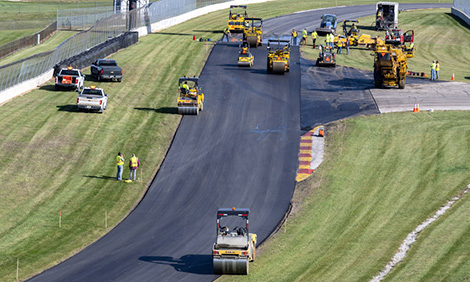 “There's close to 6 miles of restoration that's got to get done all in all with some earthwork and such. So, big project. There's a lot of stuff going on here into the winter, and it'll be finished up in spring.”

The full project cost more than $4 million, Kertscher said, which extends beyond just the resurfacing. The track is also in the process of a pit lane remodel.

“We’re redoing infrastructure in our pit lane, with regards to power and water and all of that; the underground utilities and stuff you don't see but really matters. So, our pit lane will also have a fresh feel come spring with all of that stuff.”

Kertscher also mentioned the track is working on building additional spectator areas, along with improvements to the PA system and video screen. To date, this has been the biggest project undertaking he’s overseen.

“It was a hell of a project that the whole team here really chipped in on,” Kertscher said. “It's a historic moment. An opportunity to improve. We've invested so much time and capital in all the improvements over the years, and it was finally time to take care of our biggest and best asset. A new track certainly will be the highlight of '23.”