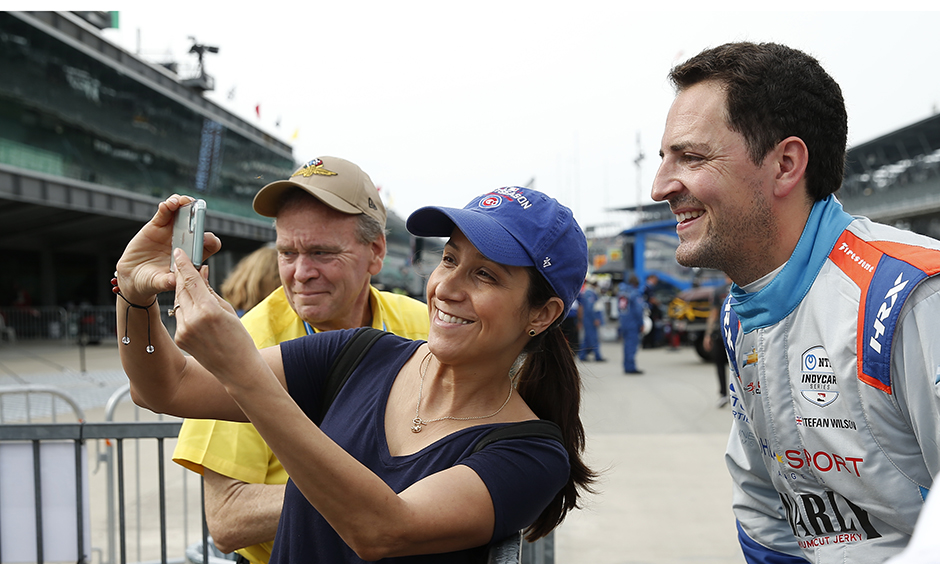 Stefan Wilson believes all the pieces are in place for a potential career day next May in the 107th Running of the Indianapolis 500 presented by Gainbridge.

Thursday’s announced partnership of Cusick Motorsports and Dreyer & Reinbold Racing (DRR) to put Wilson in the No. 24 Chevrolet-powered entry at Indy comes more than seven months prior to the 2023 edition of “The Greatest Spectacle in Racing.” The timing is a night-and-day difference in preparation from earlier this year, which saw Wilson, Cusick and DragonSpeed confirmed as an entry May 5 – 24 days before the Indy 500.

“This is the earliest that we've had it done,” said Wilson, 33. “It allows me to just really move up my training schedule and be in even better shape than I was this May and at the same time be working with the engineers now and getting familiar with each other so we can hit the ground running as soon as we get into May.

“The nice thing this has afforded me, as well, is the opportunity to do the training -- the two-day test in April at Indy, which I have never had the luxury of doing before. So those two days are going to be hugely important to the program just to work through a few things, knock the dust off, and allow us to get into May and just feel a little bit less stressed about how much time we have.”

The engineering side of the operation also is set, with Wilson set to work with Jeff Britton, who has served as race engineer for DRR for more than a decade after previous stops at AJ Foyt Racing and Rahal Letterman Lanigan Racing, among others.

“We've already been in communication and already talking about some of the tests that they have coming up in January and February,” Wilson said. “It's a nice start, but we're working on that relationship now, and it's not last-minute to start developing a relationship to try and go and race in the Indy 500. That's a huge bonus over the last year.”

There was already some familiarity with Wilson for DRR boss Dennis Reinbold. Wilson’s brother, the late Justin Wilson, drove for DRR for two seasons in the NTT INDYCAR SERIES (2010-11), securing a pair of runner-up finishes (St. Petersburg, Long Beach).

“I have known Stefan for a long time now, obviously, because of Justin,” Reinbold said. “I know he is a good person and fits in well, as Justin did, with us. To carry that on, even though Stefan hasn't raced with us, we know what we're getting with him. I feel like he has a lot of upside, a lot of good untapped potential.”

Part of Reinbold’s belief also comes from Wilson’s performance in the 2018 Indianapolis 500. It was a situation more than a year in the making after Wilson forfeited his 2017 seat at Andretti Autosport for two-time Formula One World Champion Fernando Alonso with a declaration of running at Indy the following year.

A combination of pace and pit strategy helped the Briton up to second place with less than 20 laps to go, eventually snatching the lead on Lap 193 of 200. However, he fell on the wrong end of strategy with low fuel and was forced to dart to pit road with five laps to go. The performance left him with a 15th-place finish, which marks his best result in four appearances at Indianapolis Motor Speedway.

“(Wilson) really impressed me several years ago when he led the Indy 500,” Reinbold said. “It was off-sequence, but all the things that have to come into play to get to the front of that race and lead that race is really a rare quality, and it's impressive to be able to do that.

“So, the fact that he got himself in that position, I mean, you start from, like, right now today until Race Day in May, and everything you do matters up to that, leading up to it.

“We're taking that very seriously and with our offseason testing and with picking Stefan to be our driver and wanting him to be our driver. We know that he can deliver, and he has the potential to be in the mix.

For Wilson, getting the deal done early also aids plans to schedule the usually rare simulator time with Chevrolet. DRR also will have some tests in the wind tunnel.

“That’s the plan,” Wilson said. “You know, I think those Chevy days on the simulator are pretty hard to come by, but I think the plan now is we've got this program done so early, hopefully we're able to get some time in there and slot it in and fit it into the schedule.

“That would be a huge boost, and I know Dreyer & Reinbold have got wind tunnel testing coming up, as well, in the early part of the year. It's just really exciting to see the development of the team and how dedicated Dreyer & Reinbold have been to making this a potential winning program. That kind of level of dedication I think sometimes doesn't get the notoriety that it deserves. I think this team is coming with an ambition to fight for the win, and I think they can.”