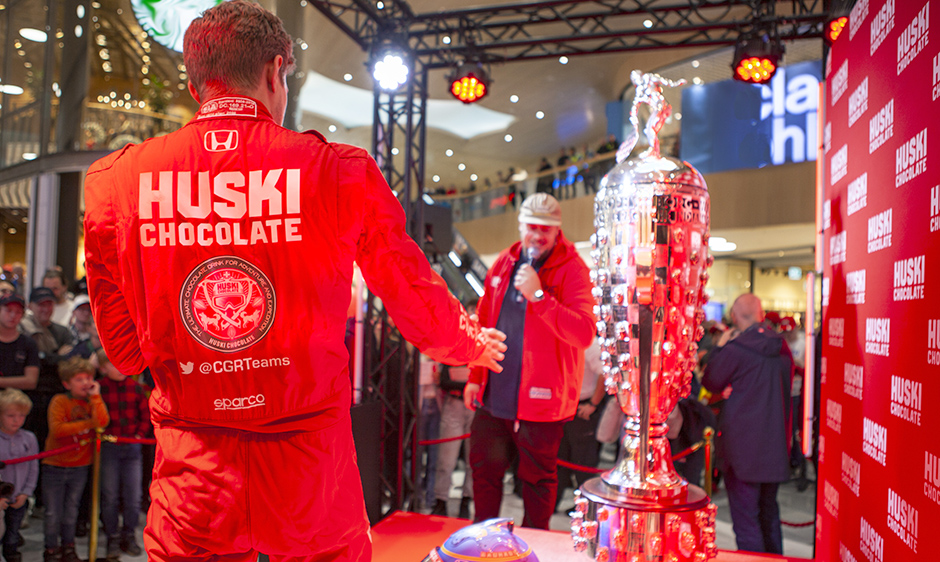 Today’s question: Marcus Ericsson brought the Borg-Warner Trophy to his native Sweden last week and this week, to a rousing reception from his fellow Swedes. If you won the Indianapolis 500 presented by Gainbridge and could bring the Borg somewhere for a week, where would that be?

Curt Cavin: I expect my answer to be unique, and let me set it up with a story from a few years back. At INDYCAR, we used to utilize the annual North American International Auto Show in Detroit each January as a platform for announcing special news about the sport – a new aero kit in 2018 and NTT as the new title sponsor in 2019. We always took the Astor Challenge Cup, the Borg-Warner Trophy and a decorated show car as showpieces, and one year the Astor Challenge Cup was to go to Detroit in my car. So, I had the rather large trophy at home the night before the trip, and I had it sitting on our kitchen counter, which, as you can imagine, stirred the neighbors viewing it from across the yard! Anyway, there was something rewarding about having the Cup sitting quietly in my kitchen. Of course, I hadn’t won it or even earned the right to display it, but in that moment it seemed to represent my 30-plus years working in the sport. Thus, I have a sense for what I would do with such a trophy if I was to ever lay claim to it. I would enjoy it alone at home with my family, reflecting on the effort and sacrifice it took to earn it.

Joey Barnes: Well, the key word is “special,” so that automatically takes Jerry World (AT&T Stadium) out of the realm of possibilities – go Niners! In all seriousness, though, that’s tough because there are so many unique possibilities, even the upcoming FIFA World Cup entered my mind on this one. Honestly, while going back to my hometown of Keller, Texas, (10 minutes south of Texas Motor Speedway) is probably the safe answer, let’s go to Ireland. I want to see the lush green landscape of the Emerald Isle reflecting off the most immaculate trophy in all of sports. It would also be something unique to see the Borg-Warner Trophy at Blarney Castle or the Rock of Cashel. A visit to Powerscourt House & Gardens would be on the table, as well, among many other places. Somewhere along the way there has to be a soccer game or three, followed by trips to the local pubs that are filled with celebration and song. Éirinn go Brách.

Paul Kelly: I’m truly torn between two spots on this one. One would be the front deck of our family’s camp overlooking Canada Lake in the beautiful Adirondack Mountains of upstate New York. We always welcome friends and neighbors to the deck for drinks and conversation, with plenty of passers-by to greet. What better conversation starter than the Borg-Warner Trophy? My second spot would be on stage at a local bar gig with my classic rock/alternative rock band. Friends, family, music lovers and regular bar patrons would walk into a small local bar expecting to hear our raucous noise. They would get that, but they’d also see the most beautiful trophy in sports on stage all night, right next to the lead singer – me. That would be a dream come true.