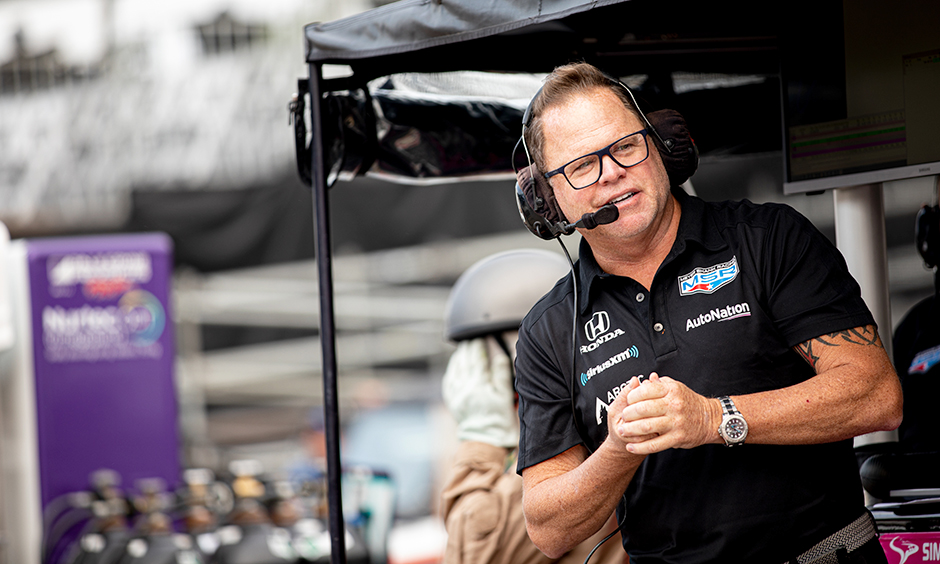 Today’s question: The recent announcement of “100 Days to Indy,” showcasing the NTT INDYCAR SERIES’ road to the 107th Running of the Indianapolis 500 presented by Gainbridge, has many intrigued. The six-part series, which will be produced by Penske Entertainment and VICE Media Group and air on The CW Network, will bring something different and introduce fans and interested viewers to a new realm of the sport, going behind the scenes and putting the blend of global personalities to the forefront in the buildup to “The Greatest Spectacle in Racing.” We have been in and around the INDYCAR paddock for several years (100, to be exact, if you’re Curt), so what is something we are excited to share about the sport with newly tuned-in audience members?

Curt Cavin: I love this question, and there are so many great characters in the NTT INDYCAR SERIES to feature. Let me highlight a few of my favorites. Utilizing Michael Shank is a must. He is one of the most interesting team owners, he built his organization the right way, and he is not afraid to rattle the establishment. I always find his take worthy of my time. On the driver front, they should hang out with Callum Ilott. He has a witty English sense of humor, and it seems all the young people in my life have gravitated to him. Graham Rahal, Pato O’Ward and Conor Daly speak their minds and usually have interesting takes on the sport and life. I’d also like to see one of the spotters featured. They have interesting insight from the perch high above the track. A guy like Pancho Carter would keep things lively, maybe even too lively at times, but that’s good for building interest.

Joey Barnes: For me, it’s about the exposure of diverse personalities when put under the pressure of winning in the ultra-competitive NTT INDYCAR SERIES. The devil is in the details and when someone gets it just a hairline wrong, it can cause even the best in our sport to not be shy of emotion. That goes beyond the drivers, too. There are so many talented engineers, mechanics and strategists, along with a boisterous bunch of team owners. With such a diverse blend of global culture represented both in the cockpit and on pit road, there is someone for everyone to support and rally behind.

Paul Kelly: It’s pretty simple for me: Who’s going to be our Guenther? While “Formula 1: Drive to Survive” helped to make many F1 drivers far more known and popular around the world, especially in the United States, there’s no question the breakout star of the Netflix docuseries is Haas F1 Team Principal Guenther Steiner. His mix of self-effacing humility, very salty language and no-BS approach has created Guenther fan clubs around the world. And who would have thought the boss of one of the smallest teams on the F1 grid would emerge as a paddock supernova thanks to the show? I don’t think “100 Days to Indy” needs a colorful character like Steiner to compel existing fans and create new ones, especially younger people, but an unexpected breakout star won’t hurt. It could be a team owner like Mike Shank, whom Curt mentioned above. It could be an INDYCAR official like technical boss Kevin “Rocket” Blanch. It could be an engineer or a mechanic. It could be a driver who isn’t in the klieg lights as a front-runner every race weekend. Either way, I expect “100 Days to Indy” to be must-see TV this spring. And it will be even better if a true, salty, straight-shooting paddock character emerges. That’s real and unvarnished, and that’s what everyone wants from this show.