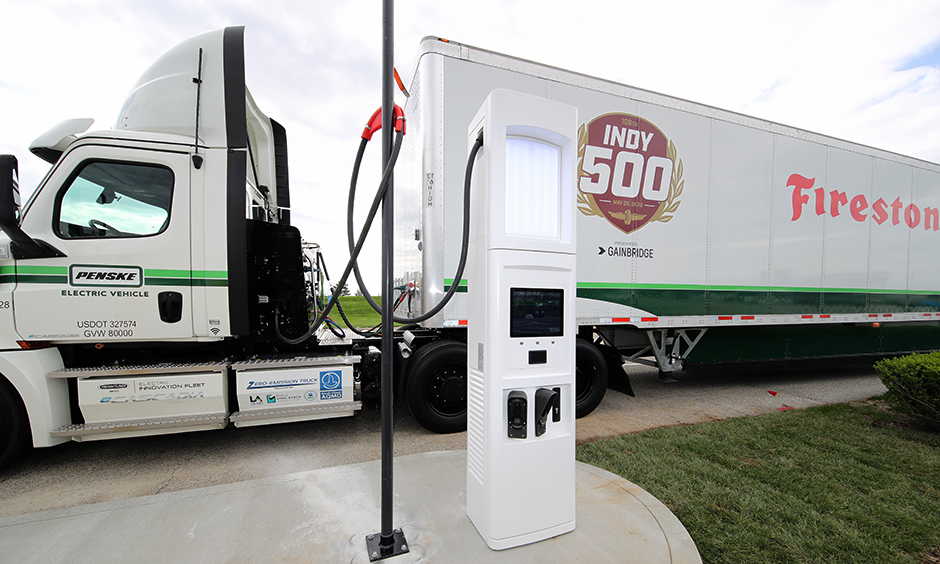 Leading the way was the strategic partnership with Shell in which the INDYCAR SERIES will compete with 100% renewable fuel beginning with the Firestone Grand Prix of St. Petersburg presented by RP Funding on March 5, 2023. In addition, all INDYCAR team transporters supporting the series, will continue with 100% renewable diesel as they journey from their race shops to all of next year’s race venues.

The Firestone Firehawk race tire with a green sidewall made from guayule rubber debuted in August at the Big Machine Music City Grand Prix. Guayule is a scalable, sustainable and domestic source of natural rubber derived from the guayule, a shrub.

INDYCAR is also continuing its path toward the introduction of a hybrid engine platform for the 2024 race season. This program is being developed through the collaboration of Ilmor, Chevrolet and Honda Performance Development. Testing of the hybrid motor has commenced and will continue through the 2023 season. The innovative hybrid technology will be paired with the proven 2.2-liter twin-turbocharged V-6 engines.

“We are most proud of the many advancements that the NTT INDYCAR SERIES has made in leading the motorsports world toward a more sustainable future,” INDYCAR President Jay Frye said. “The 2.2-liter INDYCAR engines supplied by Honda and Chevrolet have provided the most competitive racing in the world. The 2024 hybrid engine package will provide even more excitement with horsepower increases over the current engine.”