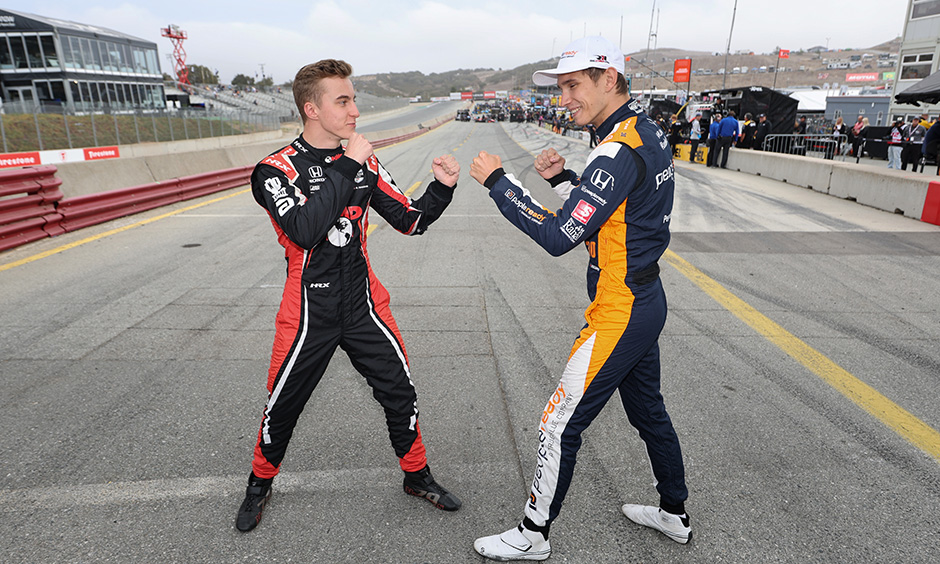 A large and intriguing rookie class produced a fantastic championship pursuit this year in the NTT INDYCAR SERIES.

Christian Lundgaard of Rahal Letterman Lanigan Racing eventually won over David Malukas of Dale Coyne Racing with HMD and others, but it was a competitive battle to the end.

Lundgaard and Malukas each posted a second-place finish, and they were separated by just five points heading to the season-ending Firestone Grand Prix of Monterey at WeatherTech Raceway Laguna Seca. There, Lundgaard posted his third Firestone Fast Six qualifying effort in the final four races and finished fifth while Malukas finished 13th. Their separation settled at 18 points.

Malukas was the top-finishing rookie in the Indianapolis 500 presented by Gainbridge in 16th, although the Rookie of the Year Award went to Jimmie Johnson, the seven-time NASCAR Cup Series champion making his first NTT INDYCAR SERIES start on the famed Indianapolis Motor Speedway oval. Johnson had won four NASCAR Brickyard 400s there.

Both drivers also turned 21 this year.

Tatiana Calderon was the season’s other rookie driver, making seven starts for AJ Foyt Racing, highlighted by a 15th-place finish in the GMR Grand Prix at IMS.