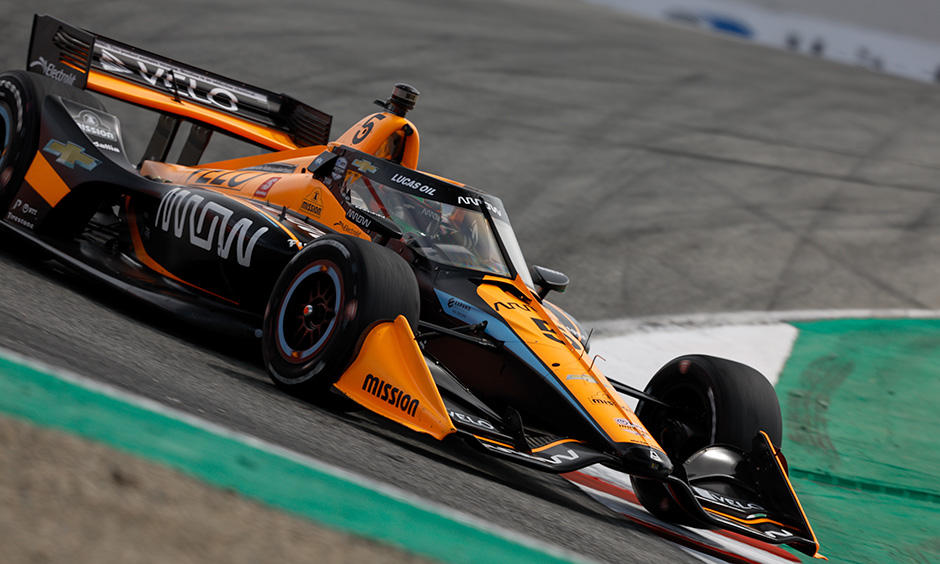 Curt Cavin: Predictions can get a guy in trouble, like last year when I didn’t think Scott McLaughlin could finish any higher than seventh in the point standings and likely would end up in the 8-10 range (he finished fourth). This year, my attention is on a couple of drivers, particularly Alex Palou. The Spaniard found himself in a stress mess last summer trying to navigate two employers – one current, another future – and his results suffered. This year, there are no worries to be had, so I think what he showed last year once he resolved his issues – a dominating win in the finale at WeatherTech Raceway Laguna Seca – will be more his norm in 2023. So, give me Palou to win at least three races and finish in the top two of the standings as he departs Chip Ganassi Racing. His biggest challenger for the title: Teammate Scott Dixon, who I predict will win his seventh. Finally, an early Indianapolis 500 prediction: We’ll have a repeat winner, either Tony Kanaan or Alexander Rossi, both now driving Arrow McLaren Racing Chevrolets.

Joey Barnes: This should make for some interesting conversations with fans or when it’s time to get back to the paddock … Curt has a good argument on Alex Palou recapturing his championship-caliber form, and Scott Dixon is, as always, one to pick for when it comes to the title. However, I’m going in a different direction and predicting Pato O’Ward will capture the championship. It is hard to look at a season that featured two wins, one pole and four podiums as regression, and only slightly, but that’s exactly what last year was for the young Mexican. If he wasn’t contending in the top five, there was usually some mechanical oddity that plagued his No. 5 Arrow McLaren Racing Chevrolet what would have otherwise been a strong result. Even with eight – EIGHT – finishes outside the top 10 (and three outside the top 20), O’Ward still finished seventh in the championship. That all said, if those issues are cleaned up, there’s every reason to believe it could be O’Ward hoisting the Astor Challenge Cup at season’s end.

Paul Kelly: Yes, I will continue to beat the Scott McLaughlin drum and predict he will finish in the top three of this year’s championship and be the leading Team Penske driver in the standings. I also still don’t think enough NTT INDYCAR SERIES fans and observers appreciate what McLaughlin did in the 2022 season, winning three races in just his second full season of open-wheel competition. When McLaughlin started his full-time gig in the NTT INDYCAR SERIES in 2021 at age 27, his last open-wheel competition came in a regional Formula Ford series in Australia as a 15-year-old. Formula Fords have no wings and about one-quarter the horsepower of a Team Penske Dallara-Chevrolet, so almost everything was lost in translation when McLaughlin first tested Team Penske’s NTT INDYCAR SERIES car in January 2020 at Sebring. Fast-forward to September 2022, and McLaughlin was one of four contenders for the Astor Challenge Cup at the season-ending race. McLaughlin basically flattened a mind-blowing learning curve with seeming ease. Much ado was made and many column inches and minutes of video were filed about Jimmie Johnson’s adaptation to INDYCAR machinery after two decades in NASCAR. Anyone who follows racing more than peripherally knows the transition from stock cars to NTT INDYCAR SERIES cars is almost like the difference between living on Earth and Mars. Johnson couldn’t do it. Yet McLaughlin did, after 10 years in heavier, sedan-style Australian touring cars, including a runner-up finish to teammate Josef Newgarden on the oval at Texas. If his current trajectory continues, there’s no reason to believe McLaughlin won’t be among the favorites to win the Indianapolis 500 presented by Gainbridge or the Astor Challenge Cup this season. If he pulls off either or both this year, it will be one of THE singular motorsports achievements of this young century, in my mind.