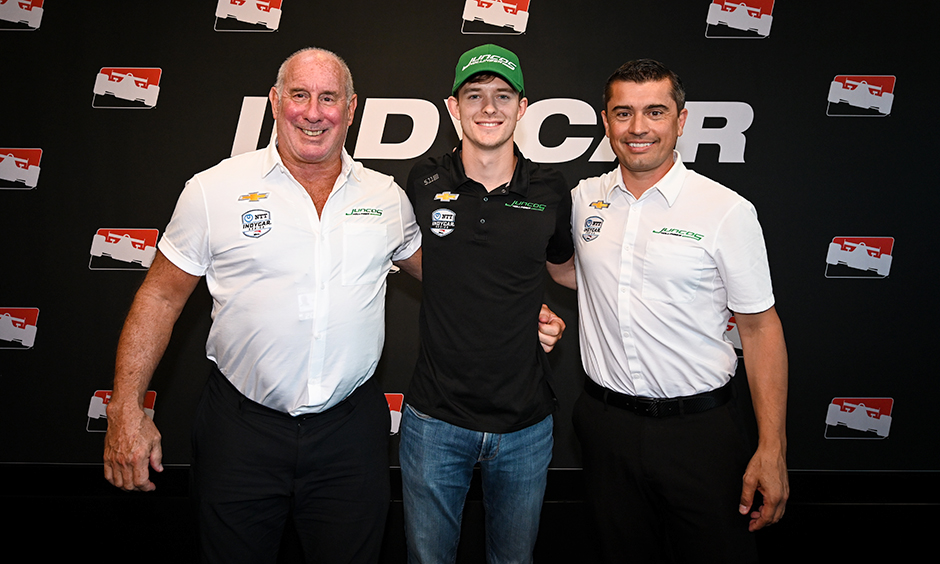 Juncos Hollinger Racing is changing its organizational structure as it gears up for 2023.

The team, co-owned by Ricardo Juncos and Brad Hollinger, was the only full-time single-car outfit in the NTT INDYCAR SERIES last year, with driver Callum Ilott, and is expected to expand to two entries in the near future.

However, that is only a fragment of the entire plan.

Last month at the Performance Racing Industry (PRI) Trade Show in Indianapolis, JHR announced its return to INDY NXT by Firestone, the primary feeder series of the NTT INDYCAR SERIES, after a one-year hiatus. The team, which has a tenured junior formula history that includes two INDY NXT titles, will field two full-time entries with drivers Reece Gold and Matteo Nannini. JHR graduated Gold from its USF Pro 2000 Championship team before closing its doors on that program.

“Now, we move everybody to INDY NXT, and we're actually adding more people,” Juncos said. “I think the INDY NXT team will be in a higher level than we previously had before. We're also going to add a second car in INDYCAR, so now will be two full-time programs with two drivers in each program. And we're going to stay there, hopefully, for a long time because I think that formula is going to work.”

The concept moving forward is to have INDY NXT play a key role for Juncos Hollinger’s INDYCAR program that mirrors that of a team in Formula One.

“It can allow us in the future to maybe have the same INDY NXT driver become the test driver; testing is limited INDYCAR, but can be a reserve driver inside the team,” Juncos said. “I think that can be an advantage for the team in INDYCAR, as well, having INDY NXT link it to each other the way we're going to do it now.”

And the plan isn’t only for drivers but other key personnel that stretches from engineers and mechanics, too.

“Now, we have one big family, one big team divided into INDY NXT and INDYCAR and will allow us to build these mechanics and engineers, train them and teach them the way we want to be in INDYCAR, as well,” Juncos said.

Overall, blending knowledge and training not only provides options for the team, but also adds an insurance policy, of sorts, if a member is forced to miss a race weekend for any reason.

“You can have someone get COVID and cannot go to a weekend,” said Juncos. “OK, we can make a change, and then we can step up someone to have the experience and within the team we know each other, we know who it is, we know the capacity.”

In many cases, the “kids” come in with little knowledge but only a passion and thirst for being a part of motorsports. Being recognized as one of the more passionate personalities in the paddock, Juncos can relate. It’s why he feels such a significant responsibility to not only groom and grow to improve his team, but the sport, as well.

“The kids are fresh, they know nothing,” Juncos said. “You need to teach them everything. So, the way we do that is the same way we work in the whole team. So, I think there is multiple benefits more than just for drivers if you do it properly. We want to control everything in one house because some other way maybe would be to do an alliance, an INDYCAR alliance with this INDY NXT team, that's not the same. We're going to do everything as one.”