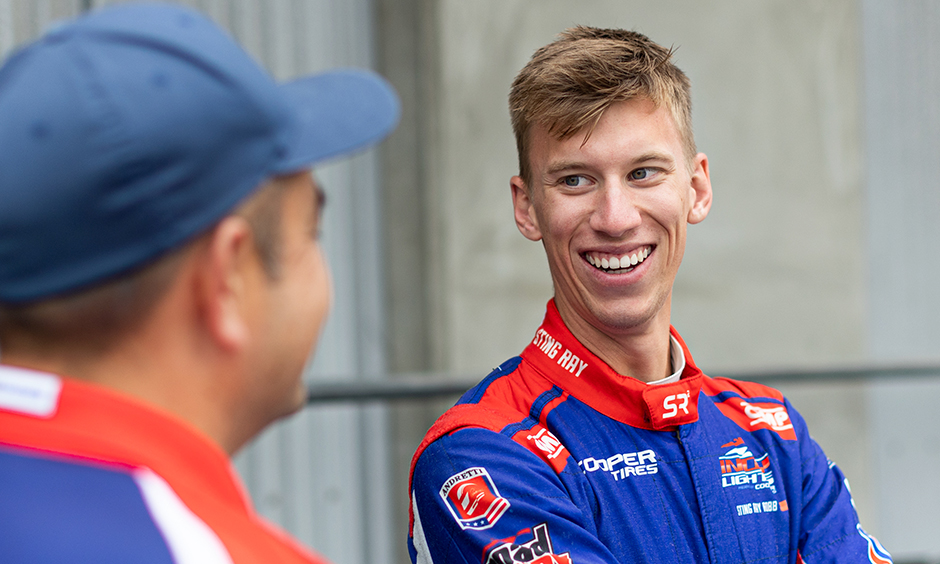 It’s the first week of January, so that means it’s time for New Year’s resolutions.

While times and speeds were not officially released from the private tests, various media reports and social media feeds have given an opportunity to try to make some itemized deductions:

Israeli-Russian driver Shwartzman has an impressive pedigree, finishing fourth in the F2 standings in 2020 and second in 2021, winning six races overall in those two seasons. He also was an F1 test driver for Ferrari in 2022, which included participating in Friday practice sessions at the United States Grand Prix and Abu Dhabi Grand Prix.

But it’s never certain how aptitude in the final step before Formula One will translate to NTT INDYCAR SERIES machinery, which has no power steering and uses different tire compounds than in F2. Well, Shwartzman adapted just fine during his first outing in an INDYCAR SERIES car.

Reports indicated Shwartzman, 23, finished atop the all-day test, .045 of a second ahead of Robb.

“Thanks to Chip Ganassi Racing for this cool experience driving the Indy car,” Shwartzman posted on social media. “Had a lot of fun driving around Sebring and working with the team.”

Ganassi has a full house for its four-car lineup for the 2023 season, with returnees Scott Dixon, Marcus Ericsson and Alex Palou, and newcomer Marcus Armstrong. But this test may be an eye toward the future, as Palou is headed to McLaren Racing in 2024, opening a seat at CGR.

When The Beatles played their last live performance Jan. 30, 1969, on the rooftop of the Apple Records building in London, John Lennon playfully closed the gig with the tongue-in-cheek comment, “I’d like to say thank you on behalf of the group and ourselves, and I hope we’ve passed the audition.”

It’s safe to say Robb (photo, above) passed his audition Wednesday at Sebring.

Robb has made it known through various media reports he is targeting an NTT INDYCAR SERIES ride for 2023 after finishing second in the 2022 INDY NXT by Firestone standings in 2022, his second season in the series. Robb also earned his first career INDY NXT victory last year, at the season-ending doubleheader at WeatherTech Raceway Laguna Seca.

Idaho native Robb enhanced his chances Wednesday in his second-ever test in NTT INDYCAR SERIES machinery. He ended up second, just .045 of a second behind leader Shwartzman, who has extensive pedigree and race victories in Formula 2, the last step before F1.

The Coyne team appears to still have an opening for this season, as David Malukas is the team’s only confirmed driver for 2023. Takuma Sato’s status remains unsettled, so Robb could be a candidate for that seat or even a third car if it materializes.

INDY NXT driver Simpson showed again Wednesday why Chip Ganassi Racing signed him to a development deal last season as a 17-year-old. Simpson, now 18, ended up third on the time sheet, .366 of a second behind leader Shwartzman.

Simpson also was a workhorse in his first taste of NTT INDYCAR SERIES machinery. He turned 96 laps in the afternoon, the most of any driver.

“It was awesome,” Simpson said on social media video. “It’s so fast, so different to anything I’ve driven before. Super cool to drive it. Huge thanks to Chip Ganassi Racing for making it happen.

Cayman Islands resident Simpson is returning for a second season in INDY NXT in 2023, staying with HMD Motorsports after joining the team midway through the 2022 season.