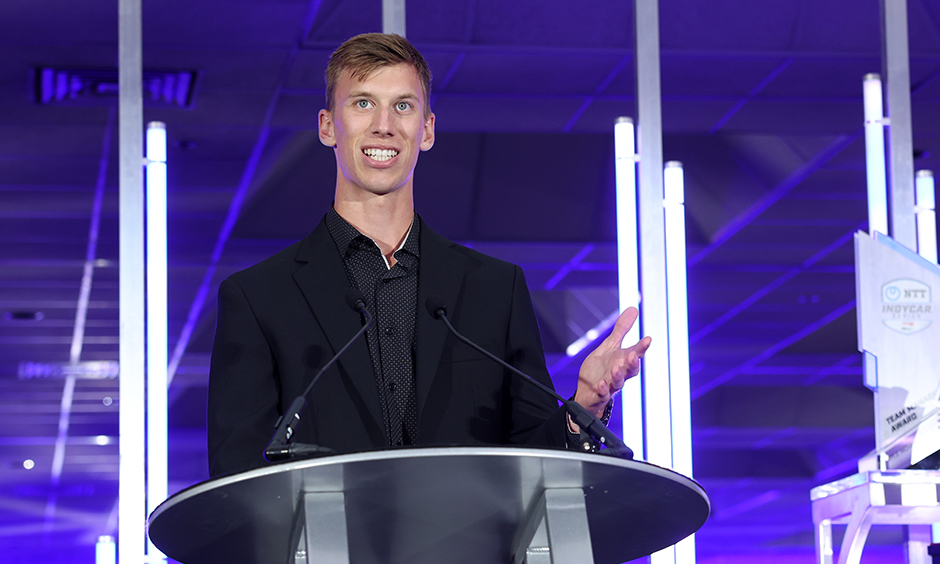 "This is an opportunity – a dream – that has been long in the making,” Robb said. “I’m honored to join forces with Dale Coyne, Rick Ware and the whole organization. I am excited and grateful to be on the NTT INDYCAR SERIES grid for 2023. We had a great first test together in early January, and I was very impressed with the efficiency of the DCR with RWR team and how well we worked together on our first day.

“Dale Coyne Racing has a historically distinguished program that has seen success with many drivers and most recently, with young, talented drivers. I’m looking forward to continuing in that trend and expecting some strong results as we enter my rookie season. My heroes are all those who have come alongside to make it possible for me to follow God’s calling in my life; and to them I say, ‘Thank you.’ All the glory goes to God."

Robb, 21, entered INDY NXT in 2021 after four years in the Road to Indy ladder system, which included winning the 2020 USF Pro 2000 championship thanks to seven wins, five poles and 11 podium finishes.

With the addition of Robb as a teammate to David Malukas in the No. 18 HMD entry, the Dale Coyne Racing team will have the youngest driver lineup in the NTT INDYCAR SERIES, with both drivers born in September 2001.

“We’re very excited to have Sting Ray join our team,” said Dale Coyne, team co-owner. “He is coming off a very strong INDY NXT season, and he impressed us and performed very well earlier this month at our test. I think he and David will make a great pairing. With David continuing where he left off last year and Sting Ray wanting to do well in his rookie season, we have two young and eager drivers who, I think, are a force to be reckoned with.”

“Dale and I have spent a lot of the offseason testing and discussing driver options,” said Rick Ware, team co-owner. “Getting Sting Ray Robb on board to compete for the INDYCAR Rookie of the Year championship, as well as the Indy 500 Rookie of the Race honors, is pretty incredible. He’s young and already has multiple years in the INDYCAR ladder system.

“I am really looking forward to another fresh driver and personality to the No. 51 team and partnership platforms. With Sting Ray’s road course experience, and Dale’s oval-track program, we are very optimistic.”