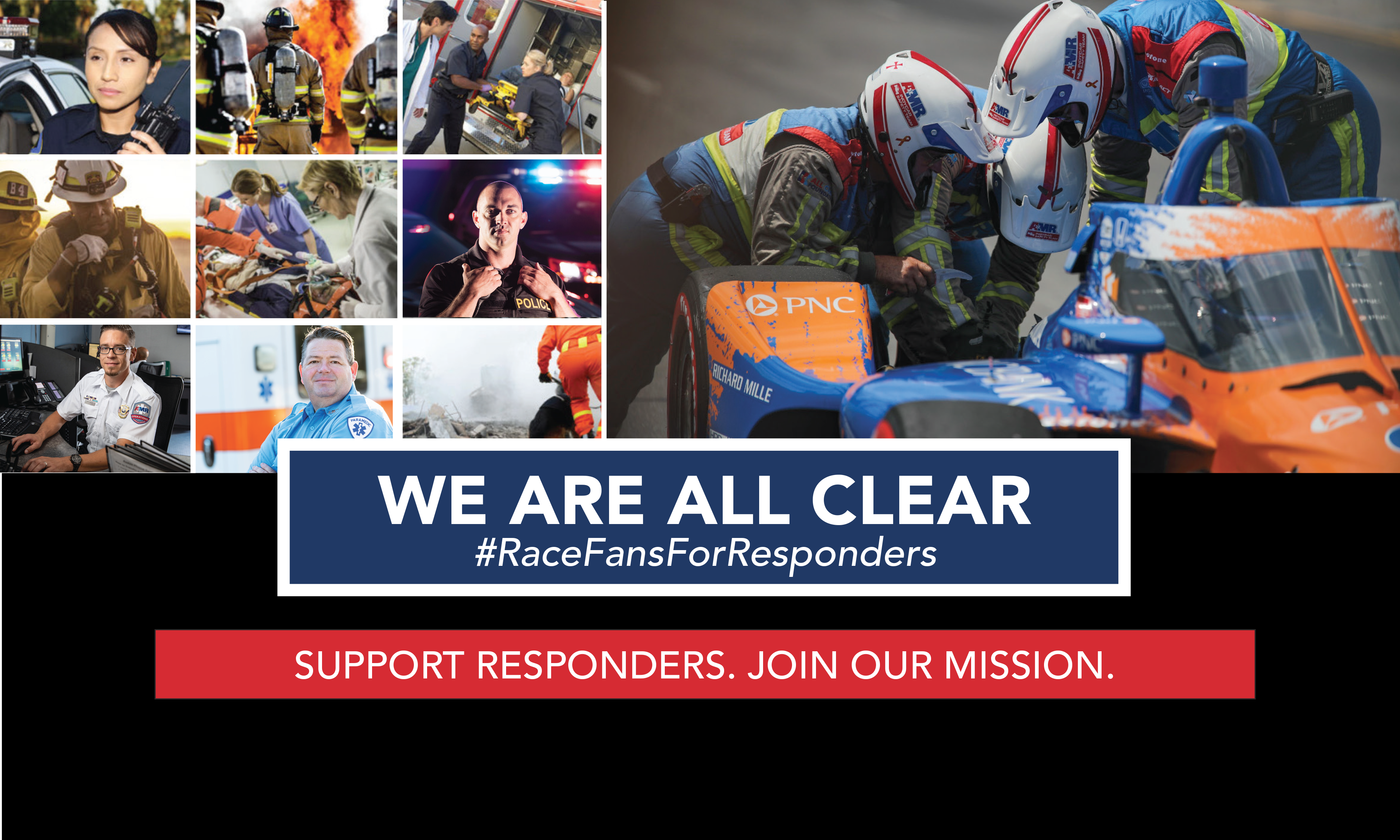 The vital role that first responders play in America will be highlighted and honored Thursday, Oct. 28 on National First Responders Day.

NTT INDYCAR SERIES fans see the tireless work of these talented, dedicated professionals through the AMR INDYCAR Safety Team, which is on the scene immediately at every on-track incident.

Fans are encouraged to support every member of America’s emergency responder community with a donation to the All Clear Foundation, whose mission is to create easily accessible and navigable solutions for improving the wellbeing and longevity of those who serve our communities.

First responders answer an estimated 240 million 911 calls per year in the United States, with emergency medical services personnel treating 22 million patients per year. More than 900,000 police officers serve American communities in another example of the crucial role of first responders.

Click here to donate today. The All Clear Foundation is an official charity of the NTT INDYCAR SERIES and Indianapolis Motor Speedway.

Race fans also are urged to salute all first responders on social media with content including the hashtag #RaceFansForResponders.