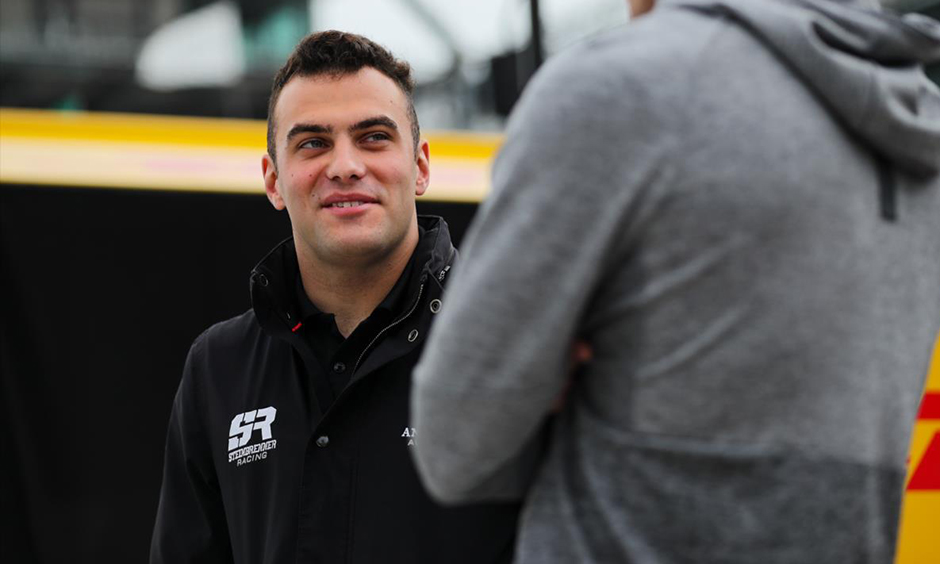 Everything has gone according to plan for Michael Andretti and George Steinbrenner IV, and the years of preparation of success mean Devlin DeFrancesco’s dream of being an NTT INDYCAR SERIES athlete comes true in 2022

The team announced Thursday that DeFrancesco, 21, will drive the Andretti Steinbrenner Autosport No. 29 Honda full-time next season in the NTT INDYCAR SERIES, filling a void left by the departing James Hinchcliffe.

It’s a plan three years in the making that the trio will see come to life after offseason testing at Sebring International Raceway and Barber Motorsports Park showed DeFrancesco had promising speed, the kind it takes to compete in North America’s premier open-wheel series.

“For me, of course, today is a dream come true,” DeFrancesco said. “After driving the INDYCAR SERIES car for the first few days, I was really impressed. I got to grips with it quite quickly, and (I have) just a huge rush of positive emotion right now. I have so many people and supporters to thank for this day. It really is a dream come true for myself.”

The jump to the NTT INDYCAR SERIES comes after a strong 2021 Indy Lights presented by Cooper Tires season in which DeFrancesco finished sixth in the championship for Andretti Steinbrenner Autosport. He scored two podium finishes and finished outside the top 10 just twice.

But the Canadian’s rise to the NTT INDYCAR SERIES goes back much further. In fact, it accelerated three years ago when Steinbrenner discovered DeFrancesco while he was competing in Europe. DeFrancesco raced in the FIA Formula 3 European championship periodically throughout 2017 and 2018, and in 2019 he competed in Formula 3 for Trident Motorsports.

Steinbrenner liked what he saw and after meeting DeFrancesco in person at the Indianapolis 500, he tipped Andretti that there was a driver rising through the European ranks that he should consider for their joint NTT INDYCAR SERIES entry. From there, the group settled on a path for DeFrancesco. If all went well and DeFrancesco succeeded, they expected to have him in the NTT INDYCAR SERIES by 2022.

“It's actually exciting when a plan comes together,” Andretti said. “This is something that started quite a few years ago. The plan was always for him to get to INDYCAR right about now, and it's really great when it all comes together. It was more basically just following the plan. I'm really excited.”

When the group decided to introduce DeFrancesco to American open-wheel racing, the plan was to put him in Indy Lights in 2020. However, the season was canceled due to the COVID-19 pandemic, so they placed him in Indy Pro 2000, where he had his most successful racing season since winning the Spanish Formula 3 championship in 2017.

In Indy Pro 2000, DeFrancesco scored a pair of race wins at World Wide Technology Raceway and New Jersey Motorsports Park. He finished second in the championship to Sting Ray Robb.

DeFrancesco’s Indy Lights campaign this past season wasn’t as strong, with a best finish of third coming on two occasions -- in both races of the season-opener at Barber Motorsports Park. However, DeFrancesco and Andretti agree that the Indy Lights cars did not suit DeFrancesco’s aggressive driving style.

Because of that, they expect him to return to his Indy Pro 2000-level success in the years to come. Andretti referenced a recent test at Sebring in which DeFrancesco was faster than Indy Lights teammate Kyle Kirkwood, the series champion.

DeFrancesco said he plans to take his rookie NTT INDYCAR SERIES season in stride. He is not expecting to come out of the gate strong at the season-opening race, the Firestone Grand Prix of St. Petersburg on Sunday, Feb. 27. But by the season finale at WeatherTech Raceway Laguna Seca on Sunday, Sept. 11, he plans to be fighting near the front.

“I found the car suited me much more,” DeFrancesco said. “I got to grips with it quite quickly. Definitely from midday onwards in Sebring I was already coming to grips with it, and then Barber it didn't take me that long to get up to speed. I really enjoy the car.

“There's much more aero, as well, so to be able to carry a lot more momentum and be a lot more aggressive in the medium high-speed stuff, as well, suits me quite more. There's a lot of stuff that I'm looking forward to doing, and I think there's definitely going to be some good results in the pipeline for 2022.”

In all, DeFrancesco knows he will be up against what is expected to be a stellar rookie class in 2022, which will feature European drivers Christian Lundgaard and Callum Ilott, along with more young drivers yet to be announced.

Still, the main goal for DeFrancesco is to walk away from the 2022 NTT INDYCAR SERIES season as Rookie of the Year.

“I definitely want to walk away with Rookie of the Year,” he said. “There's a lot of strong rookies coming in as well over from Europe, so to walk away with that would be first-year agenda complete I'd say in the NTT INDYCAR SERIES.”