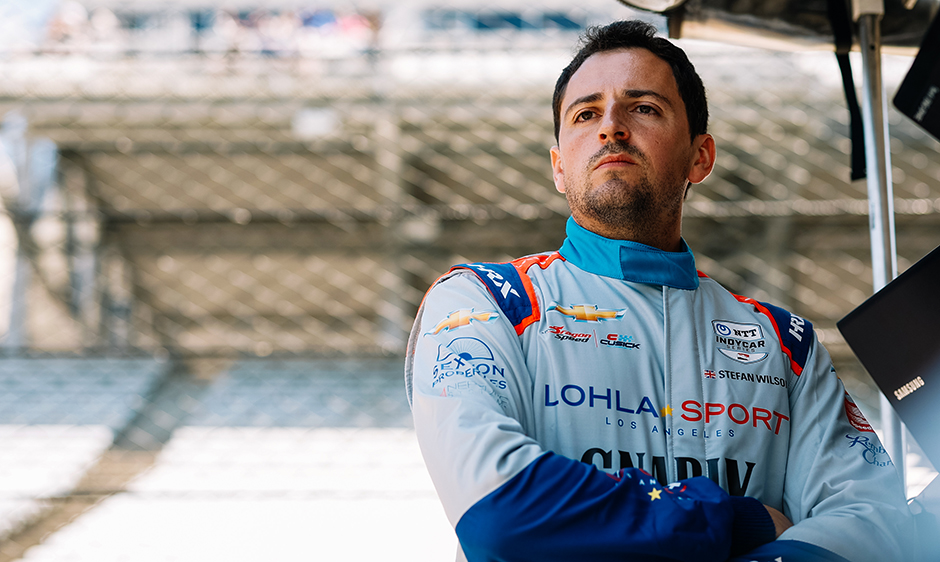 Sometimes it takes a village.

The effort to put together a 33rd entry for the 106th Running of the Indianapolis 500 presented by Gainbridge is representative of the appreciation the NTT INDYCAR SERIES has for tradition, but it goes much further than that.

Six different race teams have a hand in the No. 25 DragonSpeed/Cusick Motorsports Chevrolet driven by Stefan Wilson in this year’s race. More than anything else, it goes to show the kind of community the NTT INDYCAR SERIES paddock is and the lengths it will go to support one of its own.

Elton Julian’s DragonSpeed team is providing much of the team members to wrench the car, while Cusick Motorsports owner Don Cusick is bringing the funding to support the ride.

“It means everything,” Julian said. “I mean, it’s nice to come home. That’s what it feels like. Every time I come back to the Speedway and INDYCAR, people always just understand what we’re about.

“They’re just pure racers at heart that are willing to take the gamble and take the risk and do the hard work. I think that reflects, and these guys see it. We would help somebody else come into sports cars the same way.”

Veteran engineer Will Phillips is serving as Wilson’s race engineer. His career has included stints with chassis builders March and Reynard, as well as serving as INDYCAR vice president of technology and as a race engineer with Rocketsports and AJ Foyt Racing.

John Cummiskey will be Wilson’s race strategist and was formerly a chief mechanic at Team Penske and Team Green, as well as a team manager at Newman/Haas Racing, Dragon Racing and Chip Ganassi Racing.

Phillips and Cummiskey have a history together, too, having most recently worked together in these same roles at Clauson-Marshall Racing with driver Pippa Mann in 2019.

Julian said as the final pieces of the program started to come together, he had a list of the parts and pieces he needed to complete a full Indy 500 entry. So, he started asking for help, and several organizations stepped up to fulfill those needs.

AJ Foyt Racing is supplying the team with the race car that Tatiana Calderon drove to a 15th-place finish last Saturday in the GMR Grand Prix on the Indianapolis Motor Speedway road course. She also drove the car to a 26th-place finish earlier this month at Barber Motorsports Park.

But the team has gone above and beyond the original expectation of supplying a race car for Wilson’s fourth Indy 500 entry. AJ Foyt Racing President Larry Foyt has insisted his organization is “here for whatever they need.”

Many of the parts and pieces that went into the fourth Foyt entry last year for Charlie Kimball are with DragonSpeed. There are also several AJ Foyt Racing engineers on the No. 25 pit box.

“It’s always kind of been in our DNA to try to help out whenever the Speedway needs something,” Foyt said. “Obviously with A.J. (Foyt) is respect for Roger (Penske) and just the respect here at the Speedway. We just wanted to help out.”

Over the last 48 hours, the No. 11 car that ran on the 14-turn, 2.439-mile circuit was converted from road course to speedway configuration and rebranded from Calderon’s ROKiT decals to the LOHLA Sport, Sierra Pacific Windows and GNARLY Jerky decals that now adorns Wilson’s ride.

While all this was going on, Julian’s DragonSpeed organization was at Mid-Ohio Sports Car Course, winning the IMSA WeatherTech SportsCar Championship event in the LMP2 class with Juan Pablo Montoya and Henrik Hedman.

DragonSpeed also won the prestigious Rolex 24 At Daytona in the LMP2 class in January with NTT INDYCAR SERIES stars Pato O’Ward, Colton Herta and Devlin DeFrancesco. DeFrancesco, a rookie in this year’s “500” field, spent time in the No. 25 pit Tuesday afternoon as Wilson completed his veteran refresher program.

“I'm thankful that we were able to get a car that was in pieces, literally in pieces on Sunday, and put it together yesterday, and then to be in it turning laps at 218 mph was just epic,” Wilson said. “So, I’m really thankful to everyone that helped make this program happen.”

Wilson exited the car feeling confident that he and the DragonSpeed/Cusick Motorsports team have a good baseline as they transition into Indy 500 practice mode the rest of the week. In the three-hour open practice session that ended the day, Wilson was 32nd fastest with a top speed of 222.232 mph.

Whether this year’s Indy 500 results in a life-changing win for Wilson, tops his career-best finish of 15th or anything else, he’s simply honored to drive a car that so many people worked on to keep the tradition of 33 cars racing in “The Greatest Spectacle in Racing.”

“It means a lot to me,” Wilson said. “For them to do that shows that they put a lot of trust in me with their equipment and using it, so I'm very thankful to all those different teams that contributed to make it possible.

“Now we want to make the most of it. We want to be out there and not just be in it. So, we need to keep working, refining what we've got, refining the package and keep improving.”