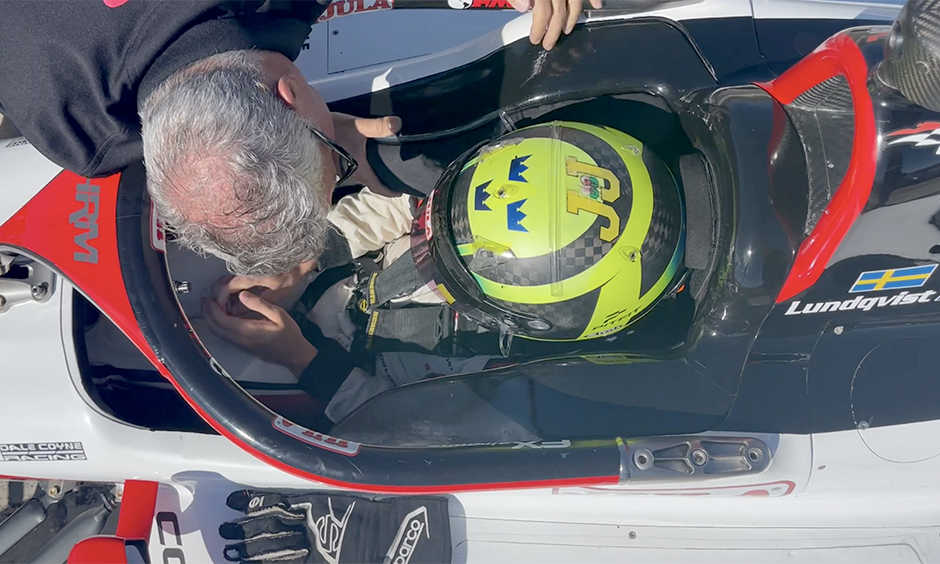 Indy Lights Presented by Cooper Tires drivers and teams return to action this weekend in an event that could be an adventure – for two reasons.

The Indy Lights race at 12:20 p.m. ET Saturday, July 23 at Iowa Speedway marks the first oval event of the season for the series that grooms drivers for the NTT INDYCAR SERIES. That alone makes the 75-lap race on the .894-mile “World’s Fastest Short Track” a tough proposition. But factor in that all 13 drivers scheduled to compete this weekend have never raced at the track in Indy Lights, Indy Pro 2000 Presented by Cooper Tires or Cooper Tires Presents the USF2000 Championship, and this event is a venture into the unknown.

With only six races left this season, this event is crucial. Linus Lundqvist of HMD Motorsports with Dale Coyne Racing leads the standings by 87 points over Sting Ray Robb of Andretti Autosport, so if Robb or any other pursuers are to stop Lundqvist from claiming the title and a scholarship to make selected NTT INDYCAR SERIES starts next season, they must start now.

“Exciting,” Lundqvist said. “My second-ever oval, so it’s going to be interesting. Very different to Gateway that we did last year. Obviously super bumpy. Sometimes like you can run a high line and hopefully get some real racing because around Gateway it’s super tough to pass. I’m excited for it.

Lundqvist, from Sweden, looked invincible earlier in the season, winning four of the first six races. But Andretti Autosport drivers Christian Rasmussen and Hunter McElrea have won the last two events, at Road America and Mid-Ohio, respectively, to put the brakes on Lundqvist’s runaway train.

McElrea, driver of the No. 27 car of Andretti Autosport, likes his chances of earning a second straight win this weekend after a strong test earlier this summer at Iowa. He is fourth in the standings, 98 points behind Lundqvist.

“Yeah, I loved it,” McElrea said. “It was my first oval in the Lights car, first oval for Andretti. Yeah, it’s going to be a new experience. I haven’t driven an oval which is like that close to flat (full throttle around entire track). It’s always been lifts and stuff. I’ve really enjoyed it, and obviously we have a strong package.”

Matthew Brabham is another driver looking for victory this season. He won the season opener in February in St. Petersburg, Florida, in the No. 83 Andretti Autosport car and is third in the standings, 96 points behind Lundqvist.

Brabham raced a full season in Indy Lights in 2014, but the series did not race at Iowa that year. He ran a partial schedule in 2015 but didn’t compete in the series race that year at Iowa. But he has tested an INDYCAR SERIES car at Iowa and, like his Andretti Autosport teammates, he enjoyed and was encouraged by the test earlier this year on the fast short track.

“Yeah, I love Iowa,” Brabham said. “Iowa is the first place I drove an Indy car, so that kind of was like my big eye-opening experience.”

In addition to the competition between drivers, there is another ongoing tussle that fans will be able to see this weekend: the race between Andretti Autosport and HMD Motorsports with Dale Coyne Racing.

“Obviously, Andretti was pretty fast at the test,” Lundqvist said. “But I think we come up and bring a fight to them. It’s going to be fun, either way.”

Brabham and McElrea expect just as strong of a challenge in return from HMD.

“We’re really trying to beat these HMD guys on the oval because they were really strong,” Brabham said

Said McElrea: “I think it’s going to be really close, and everyone is going to have to bring their A game. That’s for sure.”