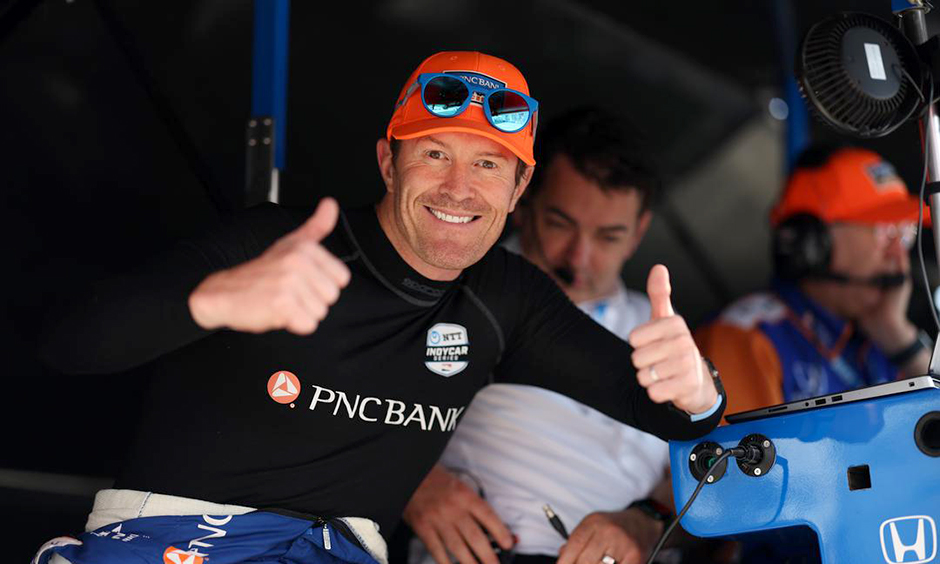 Dixon laughed. If only it was that simple to win Saturday’s Gallagher Grand Prix.

The NTT INDYCAR SERIES is engaged in yet another mega-competitive season, with Dixon tied with Josef Newgarden for third place, each trailing Marcus Ericsson by 34 points with five races remaining. Will Power is eight points behind Ericsson in second place as the series arrives at the IMS road course to begin the five-race sprint. Ericsson is bidding for his first series championship; his three closest challengers have combined for nine in their careers.

For all of Dixon’s success in this series – six season titles, an Indianapolis 500 presented by Gainbridge victory in 2008 and 52 race wins overall – he has lacked something recently on the IMS road course that he can’t pinpoint. After four consecutive top-two finishes from 2017-2020, including a win, Dixon has an average finish of 10.75 over the past four races.

“The last time we were here was more of a fumble in qualifying,” he said. “I think the pace was definitely there, but you’ve only got two laps to get it done. I started my first lap poorly and then I spun on my second. If you don’t get it right (in qualifying), you’re going to be at the back of the pack (he started 21st) and gone are the days when the field is 20 cars. Now, it’s 26 or 27.

“But for me it’s more about the (Firestone) tire (on road courses). It’s quite a sensitive tire and my (driving) style is aggravating to aggressive, which doesn’t bode well for it. There are ways around it, and we’ve worked it out at other places – the street course (tire) is still very natural for me.”

At least Dixon knows he has the experience to run well this weekend, and he is one of six drivers who have competed in all 12 NTT INDYCAR SERIES races on the IMS road course. He also has been the best season closer of his generation, with 30 of his 52 race wins coming after the calendar turned to July. One of those wins was the Honda Indy Toronto on July 17, and he followed that up with top-five finishes last weekend at Iowa Speedway.

“There’s no real reason why it does what it does, but it does, and it’s great how it turns out,” he said, smiling.

If that trend continues over the next six weeks, Dixon will have the opportunity to tie A.J. Foyt for the most series championships with seven. As many see it, Dixon is lurking in a crowded group of title contenders, even if he tries to not view it that way.

“Maybe, but I feel like each weekend now you solely focus on that weekend,” he said. “I think it’s very hard to pace it out these days and say take six races and average a certain (finishing number). I the past, maybe you could focus on this (opponent) or that one, but those days are gone. Look at this year with how close it is between the top six. It’s spread quite wide.

“But also, if you look at the last two seasons, if I finish in the top three at the ’500’ you’re talking about a different (point total). Finishing 21st as I did this year (due to a late-race pit road speeding penalty), I think I lost 70-something points to my teammate (actually 76). Marcus is only 34 ahead of us now. If I’d have had a top-three finish we’d be leading the championship now. But that’s couldas, shouldas and maybes, and those don’t count.

“Look, Indy is a big deal for many reasons, but for the championship it’s double points and that’s really huge. With how competitive it is now if you have a big (mistake), man, it crushes you.”

To win this championship, Dixon knows he and his No. 9 PNC Bank Chip Ganassi Racing crew must keep digging, and he might even take Oliver Wheldon’s advice about driving deeper into Turn 1 in Saturday’s race (noon ET, NBC and the INDYCAR Radio Network).

“We just want to keep working hard,” Dixon said. “That’s all we can do.”