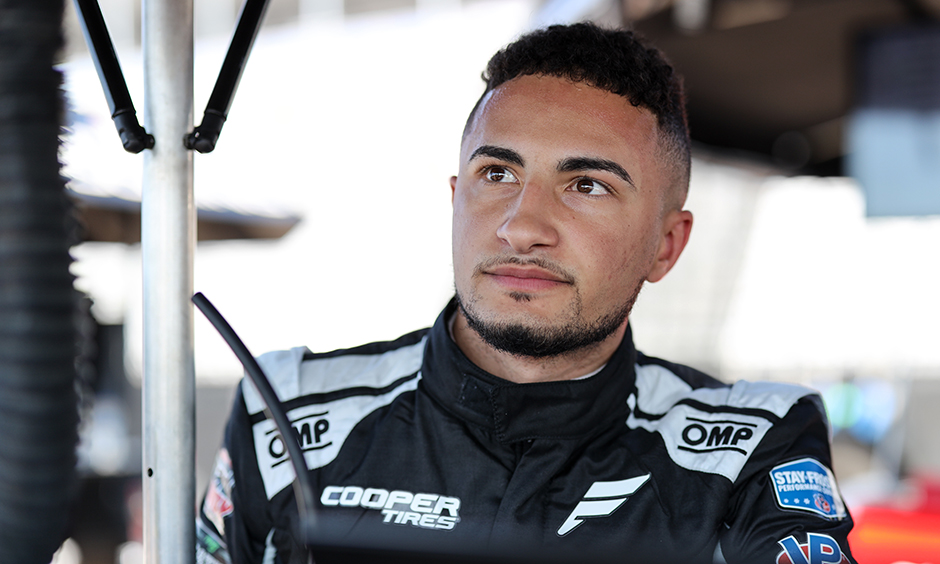 Ernie Francis Jr. will join HMD Motorsports for his second season of Indy Lights in 2023, with support from Force Indy, the team with which he made his series debut in 2022.

Francis will drive the No. 99 Force Indy entry as part of HMD Motorsports.

The team-partner association is part of an expansion of Force Indy’s presence throughout INDYCAR paddock areas in 2023, with two drivers running under the program’s banner as part of established teams competing in the ladder system for North America’s premier open-wheel racing series. In addition to Francis racing in Indy Lights, Myles Rowe will compete in the full USF Pro 2000 Championship Presented by Cooper Tires season in the the No. 99 for Pabst Racing under the Force Indy banner.

"Force Indy already has a lot to celebrate,” Force Indy Team Owner Rod Reid said. “In 2021, we made history as the first African American-owned team and driver to win an INDYCAR-sanctioned race. Now we are aligning ourselves with two championship caliber teams as we seek growth and continued success both on and off the track.”

Force Indy’s original presence was established as a single-car team entry competing in Indy Lights and the Cooper Tires USF2000 Championship in 2022 and 2021, respectively. However, starting with the upcoming racing season, focus will shift toward establishing a program that sponsors multiple drivers at top teams while fostering additional pathways for diverse talent across the motorsports spectrum.

At HMD Motorsports in 2023, crew members who worked on Francis’ car during the 2022 season will return in official roles. Reid will continue to mentor both Force Indy drivers in addition to running the NXG Youth Motorsports program, which annually introduces more than 150 diverse students to career opportunities in the racing world. Francis’ car and equipment from the previous season will transfer to HMD Motorsports as it expands its multicar team.

In December 2020, African American business leader and former racing team manager Reid partnered with Penske Entertainment’s Race for Equality & Change to establish Force Indy, with a focus on hiring men and women of color, including mechanics, engineers, staffers and drivers. During its inaugural season in USF2000, the team won its first race, in thrilling fashion, at New Jersey Motorsports Park with driver Rowe.

Since its inception, Force Indy has delivered upon its vision to grow motorsports ethnically, educationally and across gender. To date, it has introduced several individuals of color to motorsports. The team will continue to focus on developing diverse talent in motorsports.