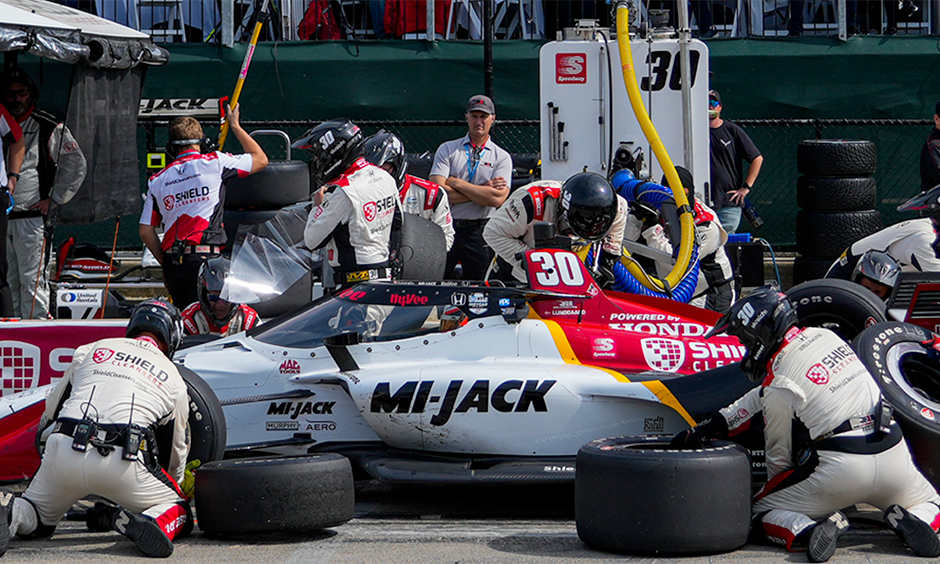 The former professional baseball pitcher whose fitness training expertise helped Dan Wheldon, Dario Franchitti and Tony Kanaan earn Indianapolis 500 victories was hired by RLL in January to build a unique program to prepare its drivers and crew members for competition. His title is human performance director.

The team fields three cars in the NTT INDYCAR SERIES and two more in IMSA’s WeatherTech SportsCar Championship, all of them to be housed in the $20 million facility located 14 miles north of Indianapolis Motor Speedway.

Harber (above photo, center rear, in baseball cap), who also has worked extensively with Graham Rahal, said RLL executives, led by NTT INDYCAR SERIES vice president Ricardo Nault, have encouraged him to let his creativity flow to capitalize on the 15,000 square feet dedicated to the fitness, strength and conditioning program.

“It has been an opportunity to build a weight room and a program from the ground up, one that thinks outside the box in terms of optimizing performance,” Harber said. 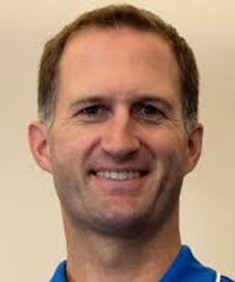 In addition to the standard physical training components, the RLL facility will have a heat-stress training area featuring an infrared sauna from its partner, Good Health Saunas. Harber notes that deliberate heat exposure can positively affect cardiovascular and mental health. Additionally, mechanics working on cars spend much of their workday with solvents on their hands, and 20 minutes in the sauna will help sweat out many of the toxins that build up in the body.

“This is something that fire departments have been utilizing recently,” Harber said of the practice. “It may also help decrease the risk of cancer.”

Harber (photo left) also stresses proper sleep and recovery, and proper exposure to morning sunlight is an important part of that, especially in the winter months when the Indiana days get short. BrainLit is installing biocentric lighting in the race shop, and even short doses of time near the lights will be beneficial to regulate the hormone melatonin that impacts the sleep-wake cycle which gets thrown out of rhythm due to jet lag, social jet lag (using devices late at night), and environmental jet lag (shift work).

Given the emphasis on hydration, Harber has partnered with Skratch Labs to perform sweat analysis testing on team members to help improve concentration during a long and tiring race weekend. Since individuals sweat differently due to genetic factors, each person can work to maintain proper sodium concentration levels through products on hand.

Drivers who perform in hot cockpits have long understood its value, but Harber said crew members wearing helmets and heavy gear should be in tune with their bodies, too.

“It’s how many milligrams per liter you’re sweating out, and once you know the number a protocol can easily be developed,” Butler University graduate Harber said. “Our team results found that 72 percent need more electrolytes than the usual beverages can provide.

Since the RLL facility will have 13 truck bays – the team’s entire Brownsburg shop can fit in that space – Harber plans to have lines drawn for pickleball courts since the racquet sport is excellent for improving reaction and hand-eye coordination. It also can serve as a team-building exercise, another outlet for competitive team members.

Add it up, and it is Harber’s plan to create a competitive advantage for RLL, which has two career Indianapolis 500 victories (Buddy Rice in 2004, Takuma Sato in 2020).

“My proposal to the team was not only to do the strength and conditioning part of the program that I’d done for 19 years (at Ascension St. Vincent Sports Performance in Indianapolis), but we could do a lot of stuff that’s been untapped,” he said. “They’ve given me the green light to be creative.”