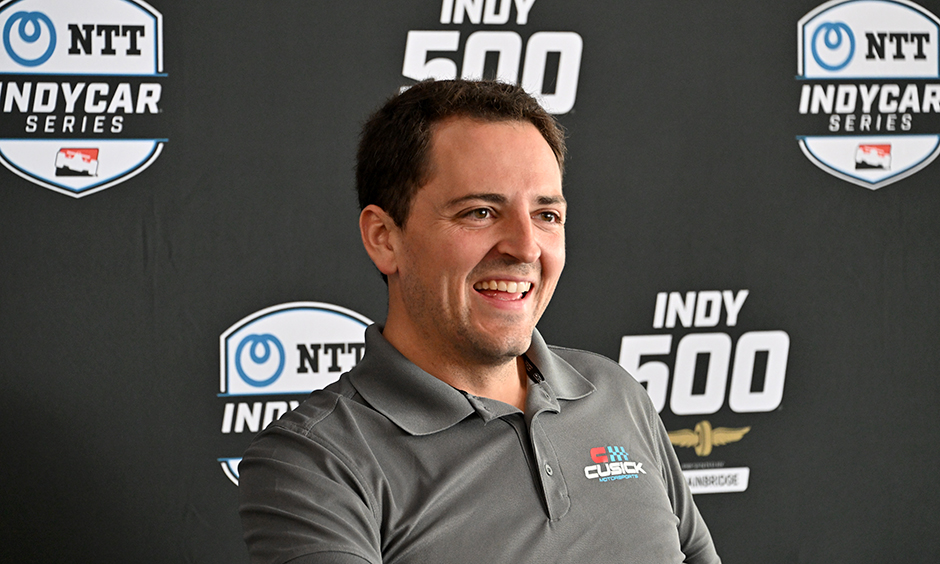 Dreyer & Reinbold Racing and Cusick Motorsports announced a partnership Nov. 17 to field the No. 24 Chevrolet-powered car for driver Stefan Wilson in the 107th Running of the Indianapolis 500 presented by Gainbridge.

Cusick Motorsports was created in 2021 by Don Cusick as a marketing and business-to-business incubator and will partner with DRR for its third attempt at the Indianapolis 500, along with many of its long-term partners. Cusick Motorsports is based at The Thermal Club near Palm Springs, California, which will host an INDYCAR SERIES preseason Open Test for the first time Feb. 2-3.

Wilson, 33, will make his fifth attempt at “The Greatest Spectacle in Racing.” His career-best finish in the “500” is 15th in 2018, when he led the race with just four laps to go but had to pit for fuel. 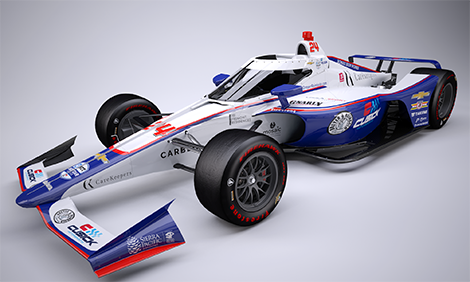 British driver Wilson competed in three IMSA races in 2022, including the Rolex 24 At Daytona, where he finished inside the top 10 in the GTD class in his event debut. He also recorded two wins and multiple podium finishes in his Indy NXT by Firestone career.

“I’ve been very impressed with how hard DRR has worked at and focused on the ‘500,’” Wilson said. “It’s such an honor for me to join them in partnership with Cusick Motorsports and work with them on our collective goal of trying to win the Indy 500. There’s a great opportunity here for us to all grow together. I hope this leads to more ‘500’s,’ and maybe even more races together.”

Wilson is the younger brother of the late Justin Wilson who drove for DRR in 2010 and 2011 when Dreyer & Reinbold Racing competed full time in the INDYCAR SERIES.

“There’s history here with this team,” Wilson said. “Justin spent two years with DRR back in 2010-2011 and secured podiums. I got to know Dennis (Reinbold); Brett De Bord, director of commercial operations; and Chase Selman, general manager, really well back then, so it feels great to be rejoining them in a sense.”

“I am excited about our new partnership with Cusick Motorsports and Stefan Wilson,” said Dennis Reinbold, DRR team owner. “Stefan and Don Cusick have been enjoyable to work with, and we are focused on achieving success on and off the track at the Speedway. We are impressed with Stefan’s work ethic and grit which, will apply well in the race car.”

Said Cusick, founder and CEO of Cusick Motorsports: “As soon as the checkered flag fell on the Indy 500 this year, we set out to find the best possible partner for the future. We have immense respect for what Dreyer & Reinbold Racing have done both on and off track over the years and quickly identified them as our ideal partner for this endeavor. We couldn’t be happier to partner with Dreyer & Reinbold Racing, along with several long-standing and new partners in CareKeepers, Sierra Pacific Windows, 181 Fremont, Gnarly Jerky, LOHLA SPORT, Romak Iron Works, Mosaic Animal Care, The Thermal Club and Mr. and Mrs. James Lowes. We’ve created a special relationship with our partners and Stefan Wilson and partnering with Dreyer & Reinbold Racing will have a significant impact as we move forward.”

The effort will be further boosted with the announcement of CareKeepers as the co-primary partner. CareKeepers provides caregiver referrals and placement, emergency medical alert devices with GPS monitoring and special needs transportation services to individuals nationwide. CareKeepers brings over 30 years of experience and industry knowledge to help families understand all their options to determine the best course of action for their loved ones.

DRR will field a second entry for the 2023 Indianapolis 500, with formal details to be announced in the near future.

The 107th Indianapolis 500 presented by Gainbridge is scheduled for Sunday, May 28 at Indianapolis Motor Speedway.