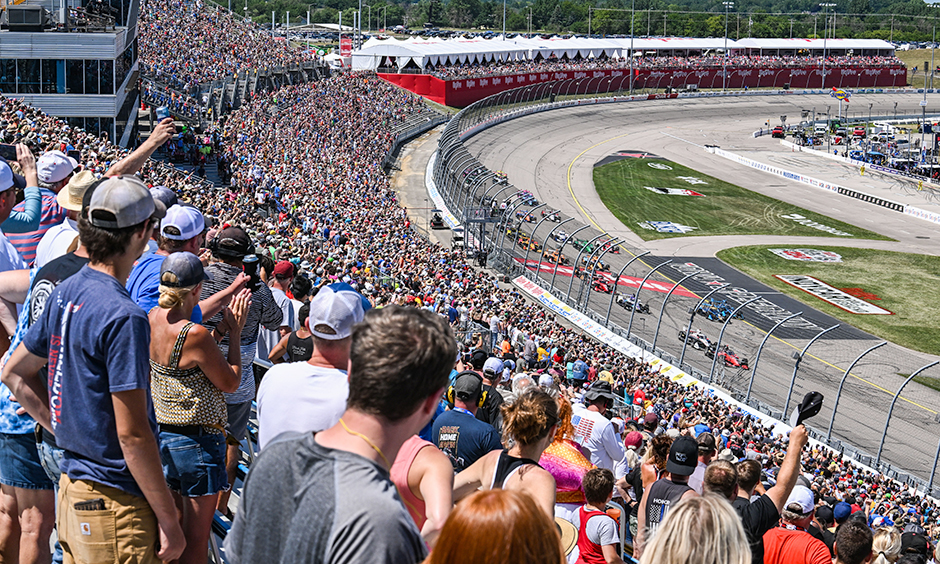 The only thing hotter than Josef Newgarden during the Hy-Vee INDYCAR Race Weekend at Iowa Speedway – aside from the summer temperatures, of course -- was the weekend’s concert lineup.

It could be called amazing. Tim McGraw, Florida Georgia Line, Gwen Stefani and Blake Shelton took turns on stage for pre- and post-race music presentations to complete the doubleheader on July 23-24.

McGraw and Florida Georgia Line performed on Saturday, the day Newgarden led 208 of the 250 laps in the Hy-VeeDeals.com 250. On Sunday, when Newgarden was again blitzing the NTT INDYCAR SERIES field before bowing out with a Turn 4 accident on Lap 235 of the Hy-Vee Salute to Farmers 300, the performances of Stefani and Shelton wowed the large crowd. Newgarden led 148 laps before his incident.

Qualifying to set the starting lineups for the two oval races also was unique. The driver’s first lap established a time for the first race while the second lap did the same for the second race. Team Penske’s Will Power won the pole for both races, inching him close to Mario Andretti’s all-time mark of 67, which Power equaled a month later at the Bommarito Automotive Group 500 at World Wide Technology Raceway.

Hy-Vee, a supermarket chain based in West Des Moines, Iowa, first became involved in the NTT INDYCAR SERIES through primary sponsorship for Rahal Letterman Lanigan Racing’s No. 15 car in Race 2 of the 2020 Iowa Speedway doubleheader. This was the company’s third year providing primary sponsorship of RLL’s No. 45 car driven by Jack Harvey, with associate sponsorships of Graham Rahal’s No. 15 car and the No. 30 car driven by Christian Lundgaard.