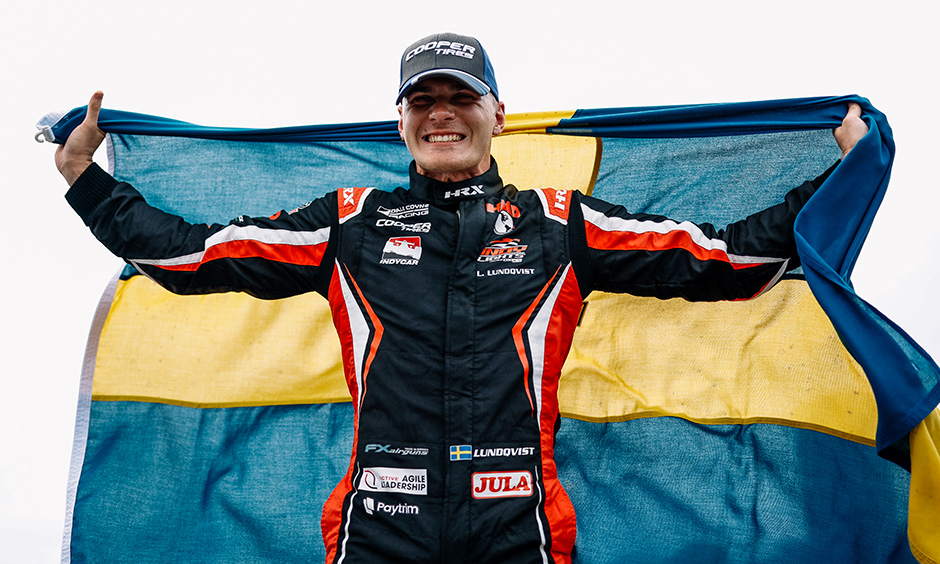 Kenny Brack won the INDYCAR SERIES championship in 1998 and the Indianapolis 500 in 1999. But never had his native Sweden had a year in U.S. open-wheel racing like this one.

Ericsson’s fourth appearance in “The Greatest Spectacle in Racing” began by qualifying in the fifth position – three spots better than Brack did when he won at Indianapolis Motor Speedway – but he was overshadowed by Chip Ganassi Racing teammates Scott Dixon and Alex Palou, who earned the top two starting positions, and the “500” debut of seven-time NASCAR Cup Series champion Jimmie Johnson.

Ericsson spent most of the race running in the top five and twice led singular laps amid pit cycles, but he didn’t grab the lead until 11 laps remained. At that point, the No. 8 Huski Chocolate Chip Ganassi Racing Honda seemed so strong it would cruise to victory lane.

Then Johnson’s crash in Turn 2 created a red flag, which in stopping the cars evaporated Ericsson’s three-second lead and allowed the field to pack up upon the resumption of the race.

On the restart with two laps to go, Ericsson snaked down the front straightaway as Simon Pagenaud did in winning the 2019 race to temporarily keep Arrow McLaren SP drivers Pato O’Ward and Felix Rosenqvist, along with fellow Ganassi driver Tony Kanaan, at bay. But at the white flag, O’Ward darted to the outside of Ericsson to pull alongside as they approached Turn 1 for the final time.

Just as it seemed O’Ward might surge to the lead, Ericsson bravely kept his foot to the floor and regained the lead. Ericsson was in full control driving down the backstretch when Sage Karam hit the Turn 2 wall behind the leaders to bring out the caution that froze the field. Ericsson coasted home to become the sixth consecutive international driver to win the race.

Brack was among the first to congratulate Ericsson.

“Kenny was the one that helped me from go-karts to single seaters,” Ericsson said. “He’s done very, very much for my career. He’s one of the persons that I wouldn’t be here without him and his help throughout my career, so I’m very thankful (for him).”

Lundqvist, who was competing in INDY NXT for the second year, was the prohibitive favorite to capture the crown, which he did for HMD Motorsports with Dale Coyne Racing. His final margin over Andretti Autosport’s Sting Ray Robb was 92 points.