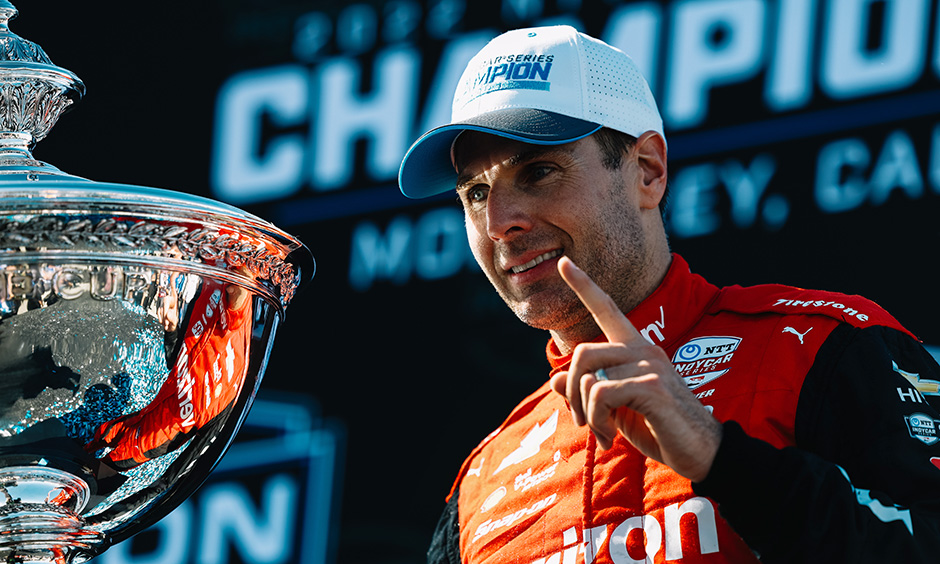 When Will Power won his first NTT INDYCAR SERIES season championship, in 2014, he won three races as part of winning 20 over a five-year span. Big numbers, for sure.

But the Team Penske driver also had left several series titles on the table, with mistakes and misfortune costing him a couple of other opportunities to hoist the Astor Challenge Cup.

With age, the 41-year-old Power conceded a different approach. Not that he didn’t want to win as many races as possible, of course, but at this point in his career he could see the broader picture.

Be steady, he told himself. A career-tying nine top-three finishes were the result of his 2022 approach.

“Definitely gave up some wins just for consistency,” Power said after clinching his second series title.

The driver of the No. 12 Verizon Team Penske Chevrolet won only one race this year – on June 5 in Detroit – but he seemed to always be in the frame. He opened the season with five consecutive top-four finishes and finished out of the top six only four times in 17 races.

Power ended the season with a pair of podium finishes to edge teammate Josef Newgarden by 16 points in the final standings. But proof of his consistency was the fact there were no blemishes. He completed every lap of every race. He called it “playing the long game.”

“You’ve done it for long enough, you just iron out all those little stupid mistakes that potentially you’ve made over your career,” he said. “Everyone does, (and) that’s what I did – I (did it) all year.

“It’s been a really focused, solid year all around.”

Still, Power didn’t throttle back too much. He won a series-leading five NTT P1 Awards, earning four in the final seven races, to catch and pass Mario Andretti for the sport’s record for career poles. The record-setting 68th came in the season’s final race, the Firestone Grand Prix of Monterey at WeatherTech Raceway Laguna Seca, as Power delivered a clutch performance to secure his second season championship and the record-extending 17th for Roger Penske’s organization.

With the pole record and two series titles in hand, Power said he might change his approach in 2023.

“Maybe I’ll go out next year and try to win races,” he said.

Power’s next win will tie him with Michael Andretti for fourth place on the sport’s all-time list.