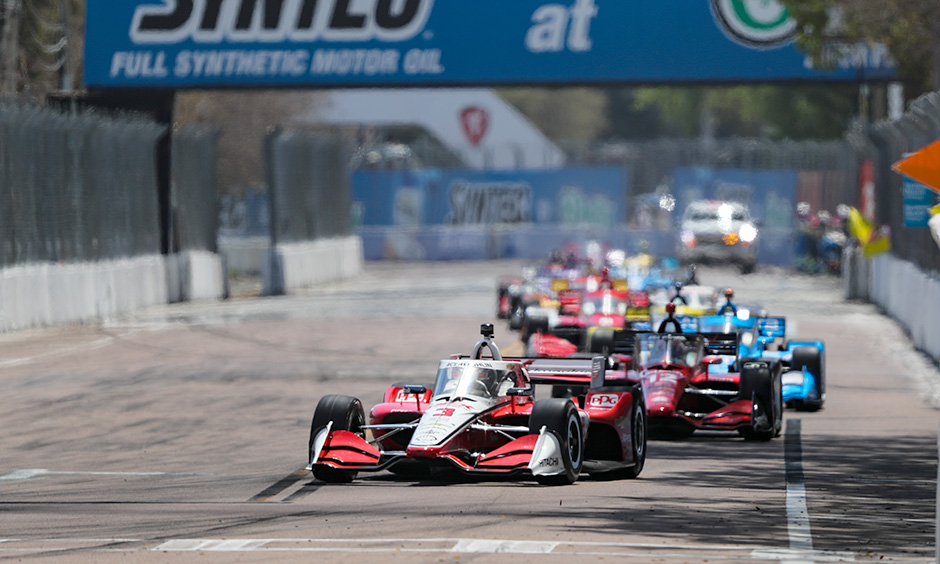 The calendar has flipped to 2023, which means the latest NTT INDYCAR SERIES season is nearing.

With that, this week is an important time to refresh, to remember what transfers from the recently completed season and year while focusing on the news that will be made in the weeks and months ahead.

Consider this a primer:

The Schedule: Seventeen races, beginning with the Firestone Grand Prix of St. Petersburg presented by RP Funding on Sunday, March 5. The opener will be one of seven consecutive NBC races to open the season, and it will be just the fourth time in the past 50 years that the INDYCAR SERIES will have 13 or more races on network television in the United States. The total number of appearances on broadcast television becomes 15 with the addition of PPG Presents Armed Forces Qualifying coverage, May 20-21, ahead of the Indianapolis 500 presented by Gainbridge at Indianapolis Motor Speedway. Three series races will air live on USA Network, and Peacock will present live simulstreams of each race and have live coverage of all qualifying and practice seasons during the season. The Honda Indy Toronto will be exclusive to Peacock on Sunday, July 16.

First Open Test Feb. 2-3: The NTT INDYCAR SERIES will stage three open tests in 2023, led by the initial trip to The Thermal Club in Southern California for a season preview Thursday and Friday, Feb. 2-3. The private, world-class facility located just outside Palm Springs opened its 470-acre property in 2012 and is known as a premier circuit for club racers and sports car enthusiasts. INDYCAR will stage its event on a 17-turn, 2.9-mile layout. The Indy 500 Open Test is scheduled for Thursday and Friday, April 20-21 at Indianapolis Motor Speedway. The third and final open test will be Thursday, Sept. 7 at WeatherTech Raceway Laguna Seca, just three days before the Astor Challenge Cup is awarded to the season champion at the same facility following the Firestone Grand Prix of Monterey.

100 Days to Indy: Penske Entertainment and the NTT INDYCAR SERIES has partnered with VICE Media Group for a six-episode documentary that will feature the challenging road to the Indianapolis 500. The release date has not been announced, but the series will take fans behind the scenes to chronicle the bold and brash personalities of the series in their epic quest for racing’s greatest prize. The episodes will air on The CW Network in the spring.

The New Circuit: Racing returns to the downtown streets of Detroit for the first time since 1982, with a new 10-turn, 1.7-mile circuit with more than half of the event’s footprint open to the public. The three-day festival June 2-4 will be held in some of the city’s most popular and active areas. The Chevrolet Detroit Grand Prix will air live on NBC beginning at 3 p.m. ET on Sunday, June 4.

The Return of the Doubleheader: The Hy-Vee INDYCAR Race Weekend at Iowa Speedway returns for a second year on July 21-23, with another impressive lineup of musical acts before and after each NTT INDYCAR SERIES race on Saturday and Sunday of event weekend. Carrie Underwood and Kenny Chesney will perform Saturday while Zac Brown Band and Ed Sheeran will rock the Hy-Vee Stage on Sunday.

The Run to the Championship: It will be a sprint, with a stretch of eight races in the final nine weeks of the season, giving fans action nearly every weekend. Six of the final seven races will be featured on NBC, beginning with the doubleheader at Iowa Speedway and the Big Machine Music City Grand Prix in Nashville.

The Rebranded Development Series: The pathway to North America’s premier open-wheel series has a fresh, more youthful and energetic final level, now known as INDY NXT by Firestone. The rebranded series, formerly known as Indy Lights, will stage 14 races in 2023, beginning March 5 in St. Petersburg and competing on a diverse set of ovals, road courses and street circuits.