Tickets on sale: Tickets are on sale now. Purchase them by calling (618) 215-8888, extension 101, or through Metrotix. Ticket renewals should click here. For complete event information, click here.

The circuit: The 1.25-mile oval is located a few miles east of downtown St. Louis. Turns 1-2 are banked at 11 degrees; Turns 3-4 are flatter at 9 degrees. The straightaways are nearly 2,000 feet in length and certainly wide enough for exciting passes as Josef Newgarden showed Simon Pagenaud in their Team Penske shootout near the end of the 2017 race. That pass and the checkered flag that Newgarden captured a few laps later helped earn Newgarden his first NTT INDYCAR SERIES championship. Watch the highlights of that race here. 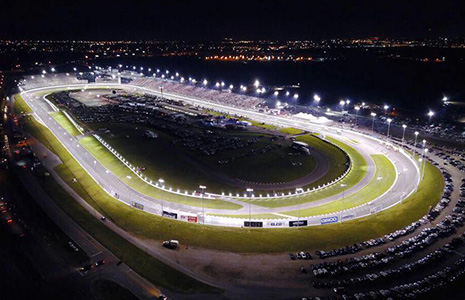 More on the grounds: The property covers more than 380 acres, making it the largest outdoor entertainment facility in the area. It includes a recently expanded road course, a karting facility, a 14-acre multi-purpose dirt off-road venue and of course the quarter-mile dragstrip used by NHRA. Last year, ownership acquired Gateway National Golf Links.

One-time winners: There are explanations for this, but it's interesting that there have been 10 races at this track and yet no repeat winners. Helio Castroneves has come the closest, twice finishing second before winning in 2003.

A race of champions (or eventual champions): Eight of the first nine races at Gateway were won by drivers who were already series champions or soon became one. Castroneves and Takuma Sato, who won last year's race, are the outliers.

Sato vs. Carpenter: The two NTT INDYCAR SERIES drivers delivered a spectacular finish to last year's race. Sato appeared to be sailing to victory in the closing laps only to have Carpenter come charging. Their separation at the finish was 0.0399 seconds, and it's fair to assume to that if the race had gone only a few seconds longer Carpenter might have completed the pass. It was the series' closest finish in 51 races, coming nearly three years since Graham Rahal overhauled James Hinchcliffe on the final lap of the 2016 race at Texas Motor Speedway. That separation was 0.0080 seconds.

Kanaan's finale: As announced Thursday, the Bommarito Automotive Group 500 will be Tony Kanaan's final race as a regular NTT INDYCAR SERIES driver. The popular Brazilian driver who holds the sport's record for consecutive races started (317 races) and is a former series champion (2004) and Indianapolis 500 winner (2013) will compete in five oval-track races in 2020 for AJ Foyt Racing. However, Kanaan has not ruled out competing in future Indianapolis 500s.